Boeing Co’s insurers will potentially face large claims following the recent Ethiopian Airlines crash, which was the second to involve a 737 Max 8 model in five months, according to insurance and aviation sources at Reuters. 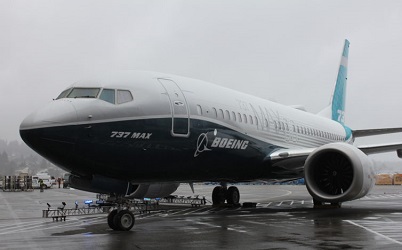 The reports come as the UK becomes the latest country to ban the Boeing model from operating in its airspace, joining Malaysia, Singapore, China and Australia.

While the cause of the Ethiopian Airlines crash is not yet clear, an automated anti-stall system on the newly commissioned Boeing aircraft has come under scrutiny.

The system was also identified as a possible cause of the Lion Air crash in Indonesia last October, which similarly involved a Boeing 737 Max 8 plane.

Boeing said that it would develop software updates for the aircraft following the incident.

While the initial insurance payments from the recent crash will be made by Ethiopian Airlines’ insurers, they may look to recoup their money from Boeing’s insurers if they can prove that the aircraft was faulty, sources told Reuters.

A spokeswoman from Willis Towers Watson confirmed yesterday that the firm was the insurance broker for Ethiopian Airlines, while Chubb was the lead insurer.

Britain’s Global Aerospace has also been identified as the lead insurer for Boeing and also for Lion Air, while Marsh is Boeing’s insurance broker, according to Reuters’ sources.

No financial details of the relevant policies are currently available, although losses from the Ethiopian Airlines crash are speculated to be in the region of $50-60 million.

However, payouts could be much higher if families of the victims pursue legal claims against Boeing, particularly through U.S courts.

“If there were to be anything defective in terms of the plane or any of its components, then it would be possible to bring a claim against the manufacturer as well as the airline,” one legal expert told Reuters.

All 157 passengers were killed after Ethiopian Airlines flight ET302 crashed six minutes after take-off from Addis Ababa en route to the Kenyan capital of Nairobi.

U.S aviation officials have said that they currently consider the Boeing 737 Max 8 model to be airworthy and maintained that it is too early to reach any conclusions or take any action.