California Insurance Commissioner, Ricardo Lara, alongside the California Department of Insurance and a host of other organisations, have stressed that a new wildfire bill set to be voted on this week would harm policyholders in the region with higher rates. 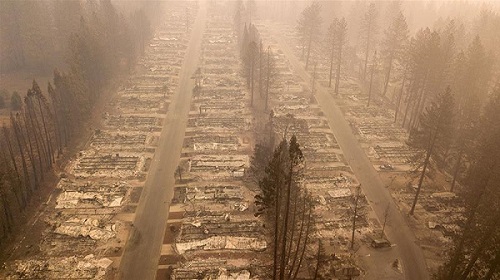 Assembly Bill 2167 is scheduled to be voted on by the California State Assembly this week. Described by Commissioner Lara as “an insurance industry “wish list” measure”, the bill proposes to override Proposition 103’s statutory protections against excessive and unnecessary rate increases.

Organisations will come together to warn of higher insurance bills for consumers, homeowners, and families “anywhere there is wildfire risk across California – at a time during the extraordinary COVID-19 pandemic and record unemployment numbers when policyholders can least afford it.”

Wildfires have devastated parts of California in recent years, resulting in high economic and insured losses. As a result, many Californians are already paying more for home insurance.

According to Commissioner Lara, the bill will weaken existing important consumer protections and regulatory oversight of home insurance premiums under Proposition 103, which was passed by voters in 1988.

“This bill is opposed by Commissioner Lara and the California Department of Insurance along with every organization that represents consumers in insurance matters.”

Together, they will explain how the bill will “severely harm consumers” and look to avoid a “well-established rate approval process” designed to protect consumers for more than three decades.

Barclays has announced the appointment of Gautam Chawla as Vice Chairman, Financial Institutions Group (FIG) Banking. He joins Barclays with...