The Centauri insurance companies, which operate in Hawaii and along many of the coastal states in the U.S., have had their ‘A’ (Exceptional) rating affirmed by Demotech, a move it says reflects disciplined underwriting and its robust reinsurance program. 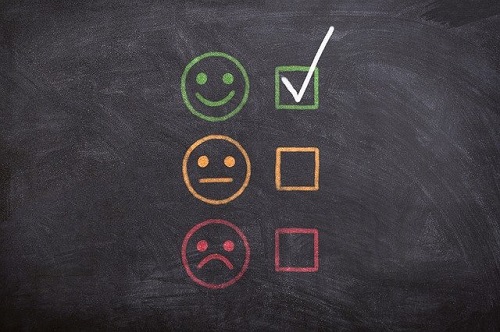 The anticipated changes to ratings of property insurers with a Florida focus by Demotech have begun, with the rating agency downgrading multiple carriers amid significant financial stress as a result of numerous issues plaguing the state’s property insurance market.

Despite the challenges of storms, a lack of willing reinsurance capacity, and legislative and fraud issues, not all carriers face a downgrade by Demotech, and this includes the Centauri firms.

Yesterday, Steve Menzies, Chairman of Applied Underwriters, speaking on behalf of sister firms, Centauri Specialty Insurance Co. and Centauri National Insurance Co., which are leading property insurers in Hawaii with business also in many coastal states, including Florida and Louisiana, revealed that the two carriers have had their ‘A’ rating affirmed by the rating agency.

“We are committed to sustaining our profitable position in the coastal states, including the Florida market, where we have managed to do better than the weather, including Hurricane Ida and other serious loss events,” said Menzies.

As highlighted by Chief Executive Officer (CEO) of Centauri, Risk Espino, the firm’s business in Florida is mostly within the commercial BOP space, as it’s been gradually shifting from the troubled homeowners market, which undoubtedly supported its rating affirmation.

Nevertheless, the company “continues to grow our core homeowners business on the coasts and remains ready to serve our agents and their clients’ needs,” said Espino.

The CEO also explained that in light of the disruption and lack of availability in the market, Centauri is receiving “a very large increase in submissions.”

While the Centauri carriers have had their rating affirmed, for others focused on Florida it’s been a very different story and one that continues to evolve as officials in the state attempt to stabilise the marketplace and improve the outlook for both carriers and policyholders.

In late July, Demotech sent a letter to some 17 carriers operating in the State of Florida explaining that they were likely to be downgraded. The letter caused outrage among officials in the state, leading Demotech to ultimately delay its rating revisions, before the Florida Office of Insurance Regulation (OIR) announced plans to establish a temporary reinsurance arrangement through Citizens Property Insurance Corporation.

Commenting on the troubled Florida market and other coastal states, Menzies noted the limited availability of commercial reinsurance, an aggressive, legislatively enabled trial bar, and inadequate retail rates that have persisted for years.

“Many insurers, especially the smaller, monoline property carriers, face off in lopsided, almost rigged battles against a trial bar which has become monstrously sophisticated in its use of data technology and unduly influential in creating manipulated legislation. This has placed Demotech, the primary rating agency for property insurers in the coastal regions, in a difficult position of having to report an inconvenient financial truth and has dragged it unwittingly into being a protagonist for an unlikely reform process in the Florida legislature and in other states,” he said.

Adding: “Demotech as scorekeeper is not the problem in Florida, Louisiana, or elsewhere; it is the trial bar’s hegemony over state legislatures and the claims process in general, all leading to a now broken system with untenable economics.”

As well as confirming its rating affirmation, Menzies also revealed yesterday that Centauri has now completed the transition of its operations to Omaha, Nebraska, although it will keep a local office in Sarasota.

“Our restructuring and relocating of Centauri operations in Omaha adds another advantage to our agents and their customers: should a catastrophic event take place in any coastal state where we have a presence, our desk adjusters and claims staff are safely out of the fray and able to communicate with on the ground service resources with little stress on the central operations group.” Mr. Menzies noted that Applied’s national operations platforms based in Omaha are among the most sophisticated in the world: “Applied’s approach in supporting all of our insurance programs across the globe, including Centauri, is bolstered by our operational expertise and technical capabilities,” said Menzies.