Cyber is the one truly hard element of the market: GC’s Peter Hearn

Peter Hearn, Chief Executive Officer (CEO) of reinsurance broker Guy Carpenter, has asserted that the “one hard element” of the reinsurance market right now is cyber. 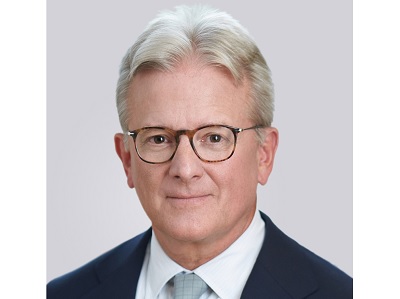 Hearn was joined by executives from parent company Marsh McLennan (MMC) earlier this week during a call to discuss the company’s Q3 results.

In addition to the company’s Q3 performance, discussions between the executives focused on the prospect of further reinsurance rate increases at the upcoming January 1 renewals, following another year of elevated catastrophe losses.

Hearn said he remained confident that the market would “find its own equilibrium,” but noted that various factors were converging to potentially push pricing higher in the reinsurance market.

“You’ve had markets that are dealing with social inflation, they’re dealing with a low interest rate environment, and on top of that we’re facing something approaching $100 billion of global catastrophe losses in 2021,” Hearn told listeners on the call.

“So, I think it’s safe to say that prospect of that will influence property reinsurance pricing at 1/1/22,” he added.

Dan Glaser, President and CEO of MMC, concurred, saying that, within reinsurance, “measured and moderate rate increases in global property catastrophe reinsurance witnessed in the first half of 2021 could persist throughout the remainder of the year.”

Glaser pointed to the same set of factors but highlighted in particular the massive losses caused by Hurricane Ida in the Southeast and Northeast, as well as a record level of flood losses in Europe, flooding in China, and the continuation of wildfire losses in many parts of the world.

But Hearn noted that, while a fifth consecutive year of $300+ billion catastrophe losses is “going to be challenging” for the property market, on the casualty side the significant underlying rate lift has stabilized and improved significantly.

“I would say the casualty market has been more stable,” Hearn concluded.

“I would suggest there is one hard element of our market right now, it is cyber,” he continued. “I think reinsurers are looking at cyber capacity the same way they look at property catastrophe capacity, where they are going to allocate a certain amount of aggregate and once they hit that aggregate, that’s it.”

This view was shared by John Q. Doyle, President and CEO of Marsh, who was also present on the call.

“Without question the market that is most challenging at the moment is the cyber market where prices were up more than 90% on average driven by material growth in ransomware plans … as well as concerns about systemic events,” he explained. “We have had a few events that maybe modest compared to what potentially could happen but underwriters remain concerned about that.”

In response, Doyle observed that clients are in many cases becoming frustrated and retaining more risk, either out of choice or out of necessity due to limitations in market coverage.

“It’s client by client and exposure by exposure,” he summed up. “We are aggressively working to help our clients navigate the market. And although the average increase was the same globally, most markets did see great moderation. The United States was really the one exception when you look at it on a global basis.”