Global reinsurers face another year of falling rates as the market shows no signs of shifting course; abundance of capital and normal levels of losses coupled with growing competition have remained the unchanged hallmarks of the reinsurance sector, said S&P Global in a report released yesterday. 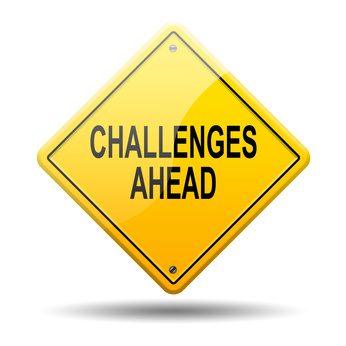 S&P rated the sector’s outlook as stable as reinsurers demonstrate resilience to the challenges with strategies for diversifying income and disciplined underwriting, however, the agency warned that reinsurers who make large gains through underpricing could see rating downgrades.

“However, any aggressive growth through underpricing–especially in the softer lines-while providing cheap capacity to cedents will likely trigger negative rating actions.”

The 10-year compound annual growth rate (CAGR) of alternative capital in reinsurance has been at 16.9%, while traditional capital grew at a  comparatively slow 10-year CAGR of 3.4% to $514 billion in 2016.

Reinsurers have been adapting to this influx with underwriting discipline and a range of strategies from focusing on mergers and acquisitions to expanding their own primary insurance operations and creating tailor-made solutions for less-saturated market demands.

Increasingly, reinsurers seek out growth options that move away from the highly pressurised catastrophe-exposed lines; as alternative capital floods catastrophe re/insurance, bespoke solutions allow reinsurers to access more complex risks and move away from over-reliance on the traditional commoditized lines that have come under intense pricing pressure.

Some carriers have resorted to returning excess capital to shareholders, and writing less business as market opportunities become more scarce.

S&P commented; “Although there is bound to be some undisciplined behavior at this stage of the cycle, we have found that in general, reinsurers’ ERM programs have allowed them to manage the cycle more effectively by making strategic decisions on a more-disciplined, risk/reward basis than in cycles past.”

However, as ever, when traditional areas of underwriting come under pressure, new opportunities emerge and areas of risk such as cyber and terror are gaining traction and creating new pockets for growth across the globe.

The S&P report pointed out that so far these risks have made little significant impact on reinsurers’ profitability as “these risks are still largely unpenetrated markets for re/insurers.”

However, the opportunities are significant enough to breathe new life into the reinsurance sphere, for those who can transition successfully to meet the needs of the future.

The global cyber insurance market is estimated to be worth $3-4 billion in gross premiums written, and is expected to grow to $14 billion in the next five years.

This is coupled with the still low levels of reinsurance penetration in emerging markets, which S&P said; “also present an opportunity as these economies grow and the domestic insurance market matures.

“Specifically, China and India are large markets that maintain a significant disparity between natural catastrophe risk and coverage.

“Like any emerging market, these tend to have great volatility in pricing and terms and conditions, which could be sources of great risk and opportunity for the enterprising reinsurer.”