There’s an expanding ecosystem in emerging Asia which is now substantial and self sufficient for the majority of its business, according to Peak Re’s Managing Director of Global Markets, Chris Kershaw. 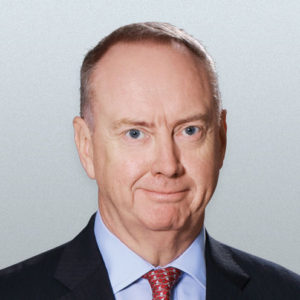 Addressing an audience yesterday in the Old Library at the Lloyd’s of London headquarters, Kershaw said it is no longer the case that emerging Asia’s markets are dominated by foreign branches of multinational companies.

“Emerging Asia is using its initiative to develop its insurance infrastructure and capital base to service its own growing economy. As this continues I’d suggest they look at possibly expanding beyond their own borders, as a region, into other parts of the world.”

Kershaw went on to praise the equivalence that was granted recently, by China, to certain Hong Kong reinsurers.

The China Banking and Insurance Regulatory Commission (CBIRC) agreed in July to give preferential treatment to Hong Kong-based reinsurers – including Peak Re, Transatlantic Re, Taiping Re, SCOR – by reducing the reinsurance credit risk requirement for mainland insurers that use Hong Kong reinsurance companies.

As a result, the total gross premium of all reinsurance companies in Hong Kong reportedly rose 9.1% to HK$10 billion (US$1.27 billion) in the first nine months of 2018.

“The equivalence granted to Hong Kong reinsurers by CBIRC shows an openness which builds upon the ability of Hong Kong -based reinsurers to trade with China, in Chinese currency,” he said.

“This is symbolic of a further opening of the market in a measured and controlled fashion. I think it’s very clear this is an opportunity that should be supported by those in a position to do so.”

Kershaw added that, whilst it looks unlikely within their own domestic market that either opportunity or headroom to grow are going to be exhausted in the short and medium term, there’s still lots to be done.

“We need as an industry to continue to bring risk to capital. I don’t hold the view that there is to much capital, it’s rather that we’re not terribly good at bringing risk to it. We still need to bring more people and communities under the shelter of the umbrella of insurance.”

Indeed, the United Nations Economic and Social Commission for Asia and the Pacific predicted recently that economic losses from natural disasters and weather catastrophes will reach US$160 billion per year by 2030, with only 8% of losses likely to be covered by insurance.

Commenting on the protection gap issue in emerging Asia, Kershaw remarked that there is to a certain extent a failure of trust between the consumer and the provider of insurance and much needs to be done to build that bridge of trust.

“There is a cultural adjustment that has to come, but I also think that we as an industry are, or should, feel under pressure to modernise product, delivery and access.”

“I think there’s a lot of work we need to do around this and I think perhaps we need to look at how we define insurance at a fairly fundamental level.”

ERGO International AG, a division of global reinsurer Munich Re, has announced that it plans to sell four more of...