Enstar has announced that one of its subsidiaries has completed the purchase of the entire 27.7% interest in Enhanzed Re previously held by an affiliate of Hillhouse Group. 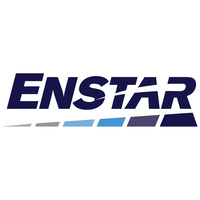 The purchase price of $217.1 million is based on 90% of Enhanzed Re’s total shareholders’ equity as of June 30, 2021 and is subject to adjustment to reflect the finalization of the Enhanzed Re balance sheet as of that date.

With the completion of the purchase, Enstar’s equity interest in the Bermuda-based reinsurer has increased from 47.4% to 75.1%, with joint venture partner, Allianz SE continuing to own the remaining 24.9%.

Enhanzed Re, which Enstar will consolidate in its future financial statements, has approximately $4 billion of assets. The reinsurer also holds life, non-life run-off, and property and casualty reinsurance reserves of approximately $3.0 billion, primarily sourced from Allianz and Enstar.

Enstar and Allianz have agreed to post-closing changes in board composition and shareholder rights to reflect Enstar’s substantial majority interest. Completion of the transaction followed receipt of regulatory approval and satisfaction of various other closing conditions.

Dominic Silvester, Enstar’s Chief Executive Officer, said: “Enstar’s acquisition of a controlling stake in Enhanzed Re strengthens our interest in a well-capitalized entity that provides diversified reinsurance capital, a significant investment portfolio, and a robust deal pipeline through its partnership with Allianz.”