Satellite operator Eutelsat is facing an incident and potential malfunction related to a solar array on a recently launched satellite, for which it has told us it is fully covered by insurance, with no retention, should a loss occur. 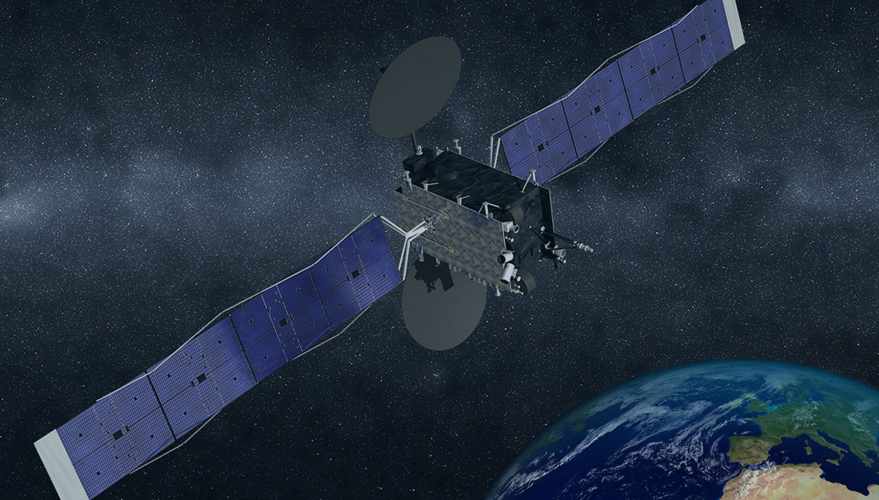 The EUTELSAT 5 West B geostationary satellite was only launched on October 10th this year and passed all its immediate systems checks.

The 5 West B satellite is designed to replace the EUTELSAT 5 West A vehicle, to ensure continuity in service of over 300 TV channels broadcast from that position in space.

Eutelsat Communications said it is investigating an incident this morning related to one of the two 5 West B solar arrays on the satellite.

It’s assumed that this relates at least to unexpected behaviour, perhaps a malfunction, of the solar array, which are important to supplying the power needed for communications satellites such as this to fulfil their role.

The outgoing 5 West A satellite had generated approximately EUR 30 million of revenues per-year for Eutelsat, so is one of its more significant communication satellites.

The company said that the EUTELSAT 5 West B is fully insured in the eventuality of a loss by a launch-plus-one-year insurance policy.

Eutelsat told us that it has zero retention on this policy, meaning that in the event of a failure and loss the company will be able to claim the full value of the satellite insurance policy from the ground up.

The cost of a satellite failure and its potential impact on the space insurance market is often larger than just the cost of the satellite vehicle itself.

In this case, Eutelsat 5 West B was carrying expensive payloads, including an orbit node for the European Geostationary Navigation Overlay System which was accommodated under a contract valued at EUR 102 million alone.

So it’s not just the value of the satellite vehicle itself that could fall under an insurance claim should the array malfunction prove fatal, but the value of the payloads and associated contracts as well (where insured).

Space insurers are likely watching this develop, as the malfunction was only revealed earlier this morning.

Eutelsat said it is working to assess the potential impact of the solar array incident on the performance of its EUTELSAT 5 West B satellite and will provide updates when further information is available.

Aviva Life & Pensions UK has announced the completion of a £1.7 billion buy-in with the Aviva Staff Pension Scheme,...