Everything points in the same direction – further hardening: MAPFRE RE CUO San Basilio

While rate momentum has slowed somewhat throughout 2021, the current favourable reinsurance market environment is expected to persist into 2022 amid ongoing pressures from the pandemic, natural catastrophes and social inflation, according to Javier San Basilio, Chief Underwriting Officer (CUO) for MAPFRE RE. 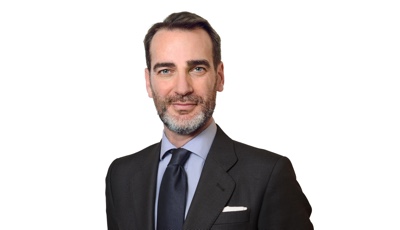 In a recent interview with Reinsurance News, San Basilio, who has worked for the reinsurer for almost 30 years’, appeared optimistic about the reinsurance outlook and noted clear, albeit non-homogenous improvements across the industry.

“We have seen some positive trends in the past couple of years, and in some business areas, particularly large corporate industrial etc., but conditions are still low in many markets and niches, especially considering loss frequencies and increased complexity,” said San Basilio.

Ultimately, he continued, “the rate increases seen on the direct side, have not fully transferred to the reinsurance industry.”

San Basilio emphasised the fact that rate momentum has decelerated through each quarter of 2021, and explained that while we have not seen price reductions, results do remain under pressure and some areas, such as Continental Europe, are more reluctant when it comes to price hardening.

Of course, Europe, notably Germany, has experienced some devastating flooding in the second-half of the year which is expected to drive some fairly sizeable losses for insurers and reinsurers.

San Basilio expects the recent cat experience and subsequent spike in claims in Europe to have an influence on pricing at the key January 1st, 2022 reinsurance renewals.

“We feel that pricing needs to improve in Europe overall. In many lines profitability was simply not there, and the real results have been “hidden” by a good run on the cat side. We have now seen a very serious increase in cat activity, both main and “expected” perils, the ones for which we have been modelling and pricing our book, as well as from secondary non-modelled perils,” said San Basilio.

“We detect also an increase in medium-size CATs. These events do not run the market cycle on their own, but in aggregate they can erode results. This is happening in Europe and other regions, affecting both insurance and reinsurance companies, as in many cases reinsurance programs are focused almost exclusively on peak events. In our view, the whole industry has a challenge in designing and adequately pricing programs to protect these kind of claims,” he added.

Away from the property side of the market, San Basilio noted that although some casualty lines have experienced a favourable rating environment, the industry has also seen some hardening in the past couple of years, although in some markets, not enough.

Supporting the call for further hardening across the space is the reality that over the past five years, the reinsurance industry has seen non-life combined ratios trend above 100%.

San Basilio explained that while there’s been a notable improvement in the industry’s underwriting performance in H1 2021, losses in Q3 are elevated and coupled with the unknowns of Q4, “how all these claims impact the results is going to be relevant when setting up, and the pricing on renewals will also have an impact on where to deploy capacity.”

Looking ahead to the 1/1 renewals season, San Basilio told Reinsurance News that MAPFRE RE does not anticipate any price softening.

“We must remember that we still have COVID-19 claims to deal with, plus the cat events of 2021 and some inflationary trends that could also have a clear impact on the pricing of some lines. You top that with the increase in medium-size cats and secondary perils, and it all points in the same direction,” he said.