With the current statutory authority granted to the National Flood Insurance Program (NFIP) set to expire at 11:59PM on 30 November 2018, The U.S Federal Emergency Management Agency (FEMA) has stated that it is confident Congress will vote to reauthorise the program. 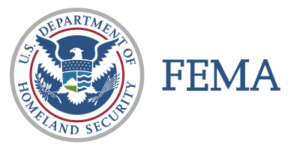 It’s been a busy two quarters for the NFIP; hurricane Michael, which tore into the Florida Panhandle with high-end category four wind speeds in October, was estimated to have inflicted between $250 million and $750 million losses for the program.

A month prior to Michael’s landfall, hurricane Florence caused significant flooding as the slow-moving storm inundated areas of North and South Carolina with up to 40 inches of rain and 10-foot storm surges over a period of several days.

In addition, this year saw FEMA for the first time secure reinsurance for NFIP from the capital markets with the issuance of its $500 million FloodSmart Re 2018-1 catastrophe bond.

FEMA originally launched the transaction with a target of $275 million in mid-July, but due to strong investor demand later increased the value to $500 million.

The transaction, which was backed by more than 35 capital markets investors, significantly expanded FEMA’s reinsurance program, transferring $1.96 billion of NFIP’s flood risk for the 2018 hurricane season to the private sector.

“Floods can happen anywhere, at any time. They are the most common and costly type of natural disaster in the United States and the NFIP is the leading source for flood insurance for property owners, businesses and renters,” said FEMA.

If a lapse were to occur, FEMA has stated that policies in effect before midnight on November 30, 2018 will remain in effect and claims will continue to be processed.

The rise of the Internet of Things (IoT) is set to revolutionise the capabilities of re/insurers while simultaneously ushering in...