The large majority of respondents to our second annual reinsurance market survey, in collaboration with sister-site Artemis, expect to purchase roughly the same or a little more reinsurance protection at the upcoming renewals.

The 2019 edition of the global reinsurance market survey features responses from hundreds of identifiable market participants, of which 72% either provide input to or make reinsurance buying decisions.

As with the 2018 survey, we wanted to test the temperature of the global reinsurance market ahead of the key January 2020 renewals, including expectations of demand for both traditional and alternative, or third-party reinsurance capital.

Interestingly, the most dramatic year-on-year change can be seen in the percentage of survey respondents that expect to buy significantly more reinsurance protection at 1/1, which climbed from 6.4% last year to 12% in the 2019 survey.

It’s likely that this is a response to an expectation of meaningful rate increases at the upcoming renewals season after consecutive heavy catastrophe loss years, and the lacking rate response that followed, all of which happened on the back of a prolonged softened market state.

One of the reasons rates failed to improve in a meaningful or sustainable manner following the events of 2017 and 2018 is a result of the influx of alternative capital.

Third-party capital had been claiming a larger and larger slice of the overall reinsurance market pie ahead of the large cat events in 2017, and while some expected it to retreat in the face of losses it actually reloaded and expanded in time for the January 2018 renewals.

This served to dampen rate increases throughout the year and while competition remained intense, another costly loss year for global insurers and reinsurers in 2018 again fuelled an expectation of a significant rate response. After consecutive loss years, resulting trapped collateral and a heightened level of investor caution, the entry of alternative capital slowed somewhat in 2019 and while the rate response at the start of the year improved, it was still described by some as disappointing.

However, in the first-half of this year the volume of alternative capital has actually declined for the first time in a while, suggesting a lower impact on rate movements. But, by no means does the market’s recent and slight retraction mean that it’s going away.

Alternative capital is now widely regarded as a permanent feature of the global reinsurance landscape, and one that companies are increasingly leveraging as a diversified source of capital while the maturity and sophistication of the investor base suggests an ongoing commitment to the property cat space, and beyond. 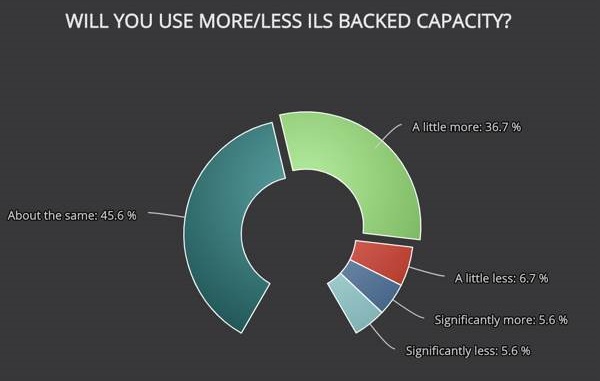 In light of its prominence in the reinsurance sector, we asked market participants if they expect to use more or less alternative, or insurance-linked securities (ILS) backed capacity.

As a result, less than 6% of respondents to our 2019 survey expect to leverage significantly more ILS capacity, compared with more than 15% last year.

As the reinsurance market moves towards the January 2020 renewals season, the full results of the global reinsurance market survey provide a useful test of the temperature of the industry at this time, offering insight on sentiment and expectations.

We’ve made the full results of this global reinsurance market survey freely available to our readers and we’re happy to discuss the results with industry participants and to discuss sponsorship enquiries from those looking to raise their profile in the reinsurance sector. Contact us.

Analyse the results of our global reinsurance market survey here. 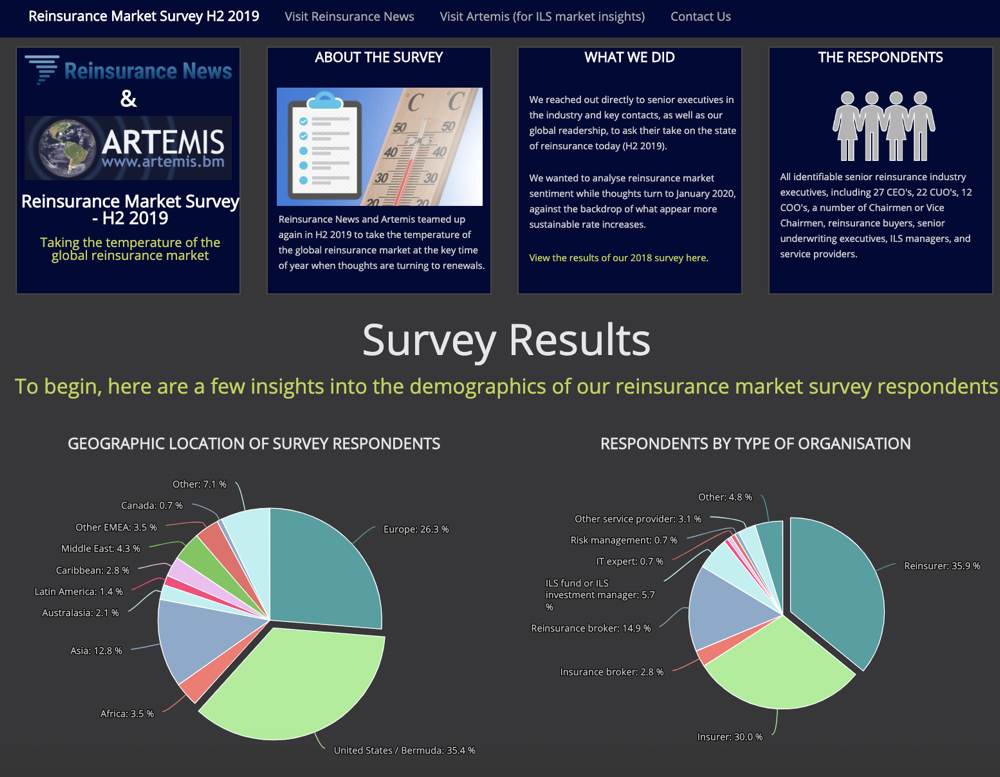 Insurtech Gateway, an independent insurtech incubator authorised by the FCA, has secured £2.5 million in a funding round led by...