“Inflation is the enemy of the re/insurance industry,” says Swiss Re CUO Léger

As the global insurance and reinsurance industry continues to grapple with the challenges of the current higher inflationary environment, Thierry Léger, Group Chief Underwriting Officer (CUO) at Swiss Re, has described inflation as the “enemy” of the industry. 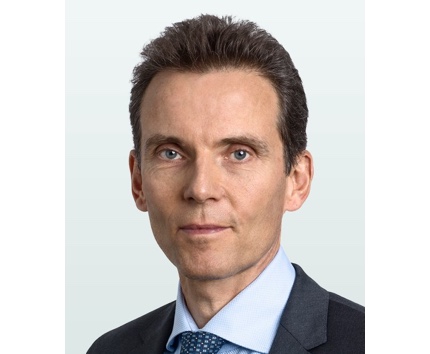 Alongside natural catastrophes, contact clarity, cyber risk, and sustainability, Léger highlighted inflation as one of the five key themes that will drive the re/insurance industry over the short to medium term.

“We are currently in a higher inflationary environment,” he explained. “We think that some of it is transitional, so the peaks that we’re seeing now will go back in the short-term. We think, however, that the inflationary outlook remains higher.”

On top of the impacts of general inflation, Léger noted that we are currently in the third wave of social inflation, a trend typically driven by changes in the expectations in societies and one that has plagued the Florida marketplace.

“The third wave, is again, obviously still different from the previous ones, and because it’s always different it makes it so difficult to actually see it coming, and really adjust quick enough,” said Léger.

As Léger went on to explain, the current wave of social inflation is being driven by sophisticated plaintiff bars, and by a general anti-large corporate sentiment in the U.S., which is resulting in very large verdicts in courts.

As the chart below shows, provided by Swiss Re, spending on legal advertising in the U.S. is actually three times higher today than it was in 2006, while clicks on online legal ads from personal injury lawyers has risen considerably in the past three years.

Furthermore, Swiss Re also sees that an entire funding industry has been established behind these plaintiff bars, which really serve to finance the industry. This trend, warned Léger, has also not reduced.

As a result, Swiss Re sees “absolutely no reason” for this current wave of social inflation to end anytime soon.

“So, what does it mean for us? When you bring this together, you obviously have to consider the different lines of business, and some are more exposed to inflation, others less.

“But as a whole, we have to know that inflation is the enemy of the insurance industry, and we can see that the outlook is showing worsening in expectations, and we therefore, as an industry, have to prepare for that,” said Léger.

With consumer price inflation expected to remain elevated in the near-term, combined with the impacts of medical and wage inflationary pressures on the non-life side of the business, and the third wave of social inflation in the U.S., Swiss Re says that “pricing must reflect these trends and anticipate higher claims activity.”