Lloyd’s of London Chief Operating Officer, Shirine Khoury-Haq, is to depart after nearly five years at the organisation. 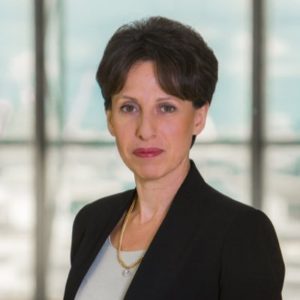 Khoury-Haq has been the driving force behind Lloyd’s recent digital integration efforts, which included the introduction of its Target Operating Model (TOM).

By better utilising data and technology, and by implementing TOM, Lloyd’s is attempting to reduce its market expenses by £145 million cumulatively by 2020.

Khoury-Haq said in September that the implementation of key parts of the TOM, as well as Lloyd’s electronic trading platform, Placing Platform Ltd (PPL), was not happening quickly enough.

“I would like to take this opportunity to personally thank Shirine for the role she has taken in delivering real change to the way the Lloyd’s market does business over the last five years,” commented John Neal, Chief Executive Officer at Lloyds.

“Having created the vision for the TOM, she built the consensus and momentum needed to deliver on its promise so that market firms are now seeing genuine benefits.”

“In my short time at Lloyd’s I have very much enjoyed working with Shirine, and value the support she has given me.”

“Shirine will continue as COO and a fully committed member of the ExCo until she leaves during the first half of 2019, with our sincere thanks and best wishes for the future.”

Commenting on her departure, Khoury-Haq stated, “The last five years have been incredibly rewarding, working with colleagues in Lloyd’s and across the industry to deliver real digital change for the first time in decades.”

“Solutions have been designed and built that are transforming the way insurance is conducted in London. I’m delighted that the experiences I brought from effecting profitable and complex change in insurance and other industries have been helpful in delivering what we promised for London.”

“I have also been very lucky to work with two great CEOs, Inga Beale and John Neal, who have backed me both professionally and personally.

“We have made considerable progress in Operations within Lloyd’s and the London Market TOM has been well adopted. So now, with Lloyd’s full support, this feels like the right time to look for the next challenge.”

“Making change happen is very tough and the fact that so many solutions are now coming on stream has much to do with her vision and tenacity in driving forward the work to make London an easier place to do business.”