Selective Insurance Group, Inc. has announced that John Marchioni has been elected to take over as Chief Executive Officer (CEO) from February 1, 2020. 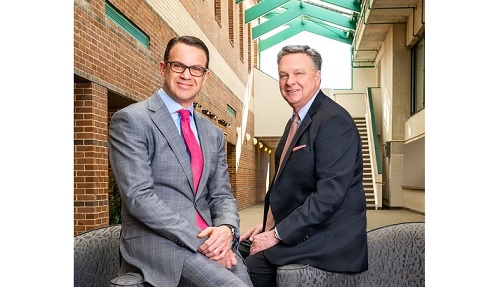 Marchioni has served as Selective’s President and Chief Operating Officer (COO) since 2013, and was elected to the Board of Directors in May 2019.

As CEO, he will take over from Gregory Murphy, who is set to assume the newly created role of Executive Chairman after two decades as head of the company.

“On behalf of the Board of Directors, it is our privilege to announce the unanimous election of John Marchioni as the next Chief Executive Officer of Selective,” said Murphy.

“In his more than 21 years at Selective, John has worked across all areas of our operations and has proven to be a thoughtful and strategic executive with a deep understanding of our industry and how to profitably grow our business,” he continued.

“I, along with the Board, have worked closely with John and have been impressed by his performance as President and Chief Operating Officer for the last six years. His unanimous election as CEO demonstrates the confidence we have in his abilities, judgment and vision to continue to innovate and lead us into the future.”

He was appointed Vice President and Strategic Business Unit Leader in 2004 and Senior Vice President, Director of Personal Lines and Flood in 2005.

“I want to thank the Board of Directors for placing their trust in me to lead this organization, and I also want to thank Greg for all that he has done for Selective and in preparing me, especially these past few years, for this new role,” Marchioni said.

“I look forward to continuing to work closely with Greg in the coming months and in his capacity as Executive Chairman as we work to build on Selective’s strong financial and strategic position for the long-term.”

Murphy further commented: “It has been my honor to serve as Selective’s CEO for the past 20 years, and to have worked alongside a remarkable team that continues to keep the Company on an exciting growth trajectory.”

The Board has spent considerable time over the past several years preparing for a thoughtful succession process, and I firmly believe that now is the right time to initiate this leadership transition,” he concluded.

“With our continued outperformance, we are confident that with John as CEO the Selective team will rise to meet the innovation demands of our times and champion outstanding customer experiences, which are keys to our growth and future success.”