In the wake of its $5.6 billion acquisition of Jardine Lloyd Thompson (JLT) Group, broking and advisory giant Marsh & McLennan Companies (MMC) has announced the appointment of Martine Ferland as President and Chief Executive Officer of its global consulting subsidiary Mercer, effective 1 March 2019. 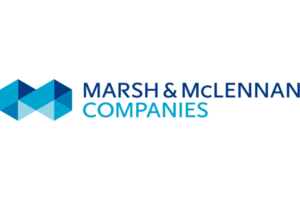 Ferland replaces Julio Portalatin, who served as Mercer’s President and CEO for seven years, and who now becomes a Vice Chairman of Marsh & McLennan Companies.

Portalatin will serve alongside the CEO of JLT Group Dominic Burke, who was appointed Vice Chairman of Marsh & McLennan Companies in December alongside a slew of other additions.

In her new role, Ferland will report to Marsh & McLennan’s President and CEO Dan Glaser and join the company’s Executive Committee.

“Martine is a talented executive who possesses broad global experience and a proven record of success,” commented Glaser.

“Her deep understanding of our business and clients, and more than 30 years of experience across the health, wealth and career spectrum, has uniquely prepared her for the challenge.”

Commenting on Portalatin’s role change, Glaser said, “Julio energized Mercer colleagues and brought our mission and values to life through the work we do. He oversaw a major repositioning of the business that resulted in Mercer’s operating income nearly doubling and assets under delegated management increasing fivefold.”

“Julio’s legacy with Mercer is one of focused execution, impressive financial performance, and colleague development. I’m pleased the company will continue to benefit from his advice and counsel.”

ConsiliumRe, the international facultative division of Direct Insurance Group, has announced that it plans to expand its operations into Miami...