Munich Re has estimated that insured losses from typhoons in the Northwest Pacific are likely to total $9.5 billion for 2018, of which $6 billion is attributable to Typhoon Jebi, which made landfall in Japan on September 4. 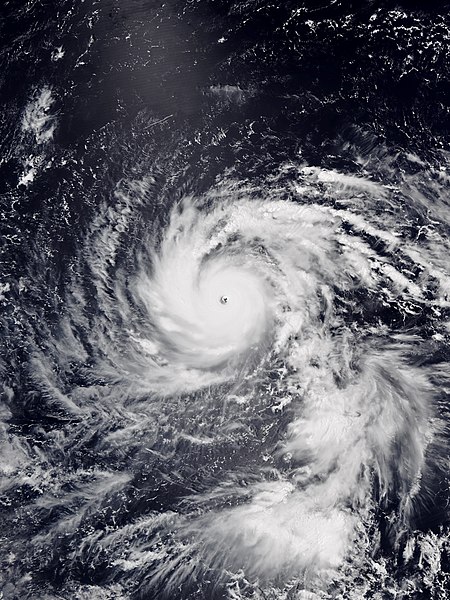 The loss estimate for Jebi is substantially higher than figures provided by the General Insurance Association of Japan last month, who said that claims had reached $5.2 billion.

Munich Re calculated that total economic losses from typhoons in the Northwest Pacific reached $17 billion over 2018.

The energy released by typhoons was about 20% above the yearly average, partly due to the development of the central Pacific El Niño conditions.

Seven storms hit or skirted the islands of Japan, causing economic losses of $12 billion and insured losses of $8 billion, according to Munich Re’s data.

In Japan, Munich Re noted that this year was only the third time since 1980 that storm losses exceeded 2 per mille of GDP, highlighting the severity of recent storm activity.

The reinsurer also estimated insured losses of $1.3 billion from Super Typhoon Mangkhut, which hit the Philippines and South China in September as a Category 5 storm with wind speeds of up to 270km/h (168mph).

Industry losses represented only 29% of the total $4.5 billion economic losses from Mangkhut, due to the relatively low insurance density in the affected regions.

Analysts at Munich Re suggested that the above-average typhoon losses for the year are a testament to the challenge that El Niño conditions can pose to both local communities and the global re/insurance industry.

“In response, Munich Re’s experts are analysing the correlations involved in order to improve insurers’ risk management”, said Hermann Pohlchristoph, Board Member of Munich Re.

“Through our long-standing presence in Japan and deep regional expertise, we are committed to working closely with our local clients, to help them address the challenges posed by the situation,” he added.

The Chief Executive Officer of Brokerslink, Jacqueline Legrand, has announced her resignation from the role in order to take on...