New Zealand insurers AA Insurance and Tower are to waive the terrorism exclusions in its house, car, contents and commercial building policies for damage inflicted by the recent Christchurch mosque shootings, according to Stuff. 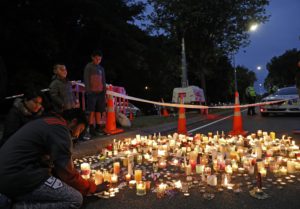 IAG, which owns State, AMI and NZI, also said it would also waive the exclusion in its policies for any claims relating to the attack.

Tower Spokesperson Nicholas Meseldzija stated that its terrorist exclusions are largely driven by current arrangements with its reinsurers but that the company was not planning to make any immediate or major changes that might change this.

“We have received a small number of claims, all of which have been accepted. Customers who may need to make a claim can be assured that we are here to help them,” Tower spokesperson Nicholas Meseldzija said.

AA Insurance Chief Executive Officer, Chris Curtin stated that, “While our policies exclude acts of terrorism, AA Insurance will be providing cover for claims made following the attack in Christchurch on Friday.”

An AA Insurance spokesperson said that the company was doing this because, “it’s the right thing to do in these circumstances; we’re here to support our customers and community.”

“We continue to review our policies. We are working closely with the Government and the New Zealand Red Cross to make sure we’re providing necessary support.”