PG&E Corporation and Pacific Gas and Electric Company (PG&E) has confirmed an $11 billion agreement to resolve all insurance subrogation claims arising from the 2017 Northern California wildfires and the 2018 Camp Fire. 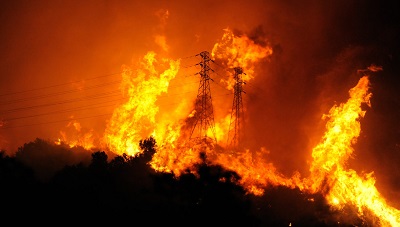 The agreement was reached with entities representing around 85% of insurance subrogation claims, which were based on payments the insurers made to help policyholders recover and rebuild after the fires.

Cal Fire concluded back in May that equipment owned by PG&E was responsible for igniting the Camp Fire last year, and the US utility company is also considered responsible for 17 of the 21 major wildfires that hit California in 2017.

PG&E filed for bankruptcy protection in January in anticipation of the massive fire liabilities it faced from the Camp Fire, which became the deadliest blaze on record.

The company also agreed to a $1 billion settlement in June to resolve claims relating to wildfires in 2015, 2017 and 2018, and a third and final wildfire settlement is currently pending in both Federal District Court and State Court.

“We continue to make progress on doing what’s right for the communities, businesses, and individuals affected by the devastating wildfires,” said Bill Johnson, CEO and President of PG&E Corporation.

“PG&E remains committed to working with the individual victims to fairly and reasonably resolve their claims and will continue to work to do so while we remain focused on safely and reliably delivering energy to our customers, improving our systems and infrastructure, and continuing to support California’s clean energy goals.”

PG&E plans to  file an amended plan with the Bankruptcy Court to reflect the finalized settlement reached with the insurance claimants as well as the updated backstop financing commitments.

The company explained that it has already received aggregate equity commitments in excess of its $14 billion target amount from a broad array of investors.

Cyber and specialty lines managing general agent Ascent Underwriting and US construction-focused MGA Cove Programs are to be rebranded under...