Insurdata, an InsurTech startup specialising in the augmentation of peril-specific exposure and risk data, has secured $3 million in seed funding from a group of investors led by Anthemis and Menlo Ventures. 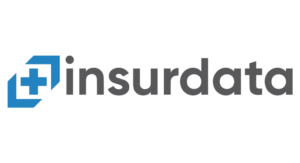 Insurdata was launched in 2017 to address the lack of property-specific data available to the re/insurance market.

The investors are composed of both Venture Capitalists and Angels and also include Alma Mundi Fund, Talis Capital, InsurTech Gateway, Ascend, Prototype Capital and the Baloise Group.

Insurdata previously secured an initial tranche of funding of $1 million in October 2017.

“We are delighted to have secured the backing of a fantastic range of investors who fully understand the criticality of the service that Insurdata provides to the re/insurance market,” said Jason Futers, Chief Executive Officer at Insurdata.

“Our work to date has exposed material deficiencies in the quality and scope of information which underwriters are reliant upon, which in turn have a detrimental effect on their ability to accurately price risk and manage portfolios effectively.”