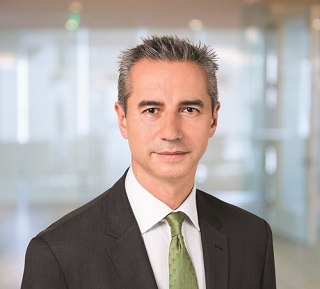 Van der Straaten was appointed as acting CEO in January 2019 after it was revealed that the former head of Qatar Re, Gunther Saacke, intended to step down at the Board meeting in March.

“We are pleased to announce that Qatar Re has decided to appoint Michael van der Straaten as CEO,” said Sunil Talwar, Chairman of the Board of Directors of Qatar Re.

“Mike has fitted seamlessly into the position, building on his achievements as our former chief underwriter for Long Tail and Specialty Classes,” he continued.

“We are convinced that Mike will bring Qatar Re’s ongoing transition to a business model based on lower volatility and more reliable profitability to a successful conclusion.”

Van der Straaten joined Qatar Re in late 2016 and was appointed to his CUO post in February 2017, at which time he also joined Qatar Re’s Executive Management Committee.

He started his career in Lloyd’s as a Box Manager and Non-Marine Property Treaty Underwriter, and moved to Qatar Re from ACE Tempest Re, where he held the role of Deputy Head of London and Head of Casualty, overseeing the development of the company’s international casualty and motor business.

Prior to this, van der Straaten held various underwriting positions with a primary focus on casualty lines alongside wider management responsibilities.

“I am excited to take the helm at Qatar Re at a time when our company is increasingly generating its own business from market segments that we understand thoroughly,” van der Straaten commented.

“We embarked on this course more than two years ago and are starting to reap the benefits. Our expertise in these areas is obviously a major boon for us against the backdrop of stubbornly tough trading conditions in global (re)insurance,” he added.

“I am looking forward to working with the Qatar Re team towards positioning our firm as a profitable enabler of innovative and entrepreneurial business models in insurance.”

Koulovasilopoulos has over 27 years of experience in insurance and reinsurance and joined Qatar Re in May 2017 from Chubb Tempest Re International, where he was the Chief Actuary.