The recent outbreak of tornadoes around Dallas County, Texas could result in an industry loss of $2 billion, according to the Insurance Council of Texas (ICT), making it the costliest tornado loss in the state’s history. 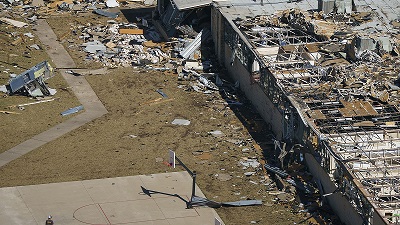 A total of nine tornadoes impacted the county on the night of Sunday 20th October, the largest of which reached wind speeds of 140 mph as it carved a path from northwest Dallas to Richardson.

Reports say the tornadoes uprooted trees, brought down power lines, made roads impassable, and “immeasurably changed the landscape” in some neighbourhoods.

Preliminary projected estimates from the ICT include over 30,000 auto and home claims, but commercial and business claims projections are stilling coming in and the financial impact is likely to rise.

For comparison, the Garland/Rowlett tornado of December 26, 2015 resulted in insured losses of $1.2 billion.

The recent outbreak, however, extended over a much wider geographic span and impacted a variety of homes and commercial property, the ICT said.

Aon’s Impact Forecasting team provided an outline of the incident: “An outbreak of severe weather spawned two dozen tornado touchdowns, damaging winds, and large hail across parts of the southern Plains and the Lower Mississippi Valley on October 20-21. At least four people were killed.”

“The most significant impacts were recorded in Texas, where a confirmed EF3 tornado struck several neighborhoods in North Dallas,” it explained. “At least nine tornadoes touched down in the greater Dallas / Fort Worth metro region alone. Further tornado and storm-related impacts were cited in parts of Arkansas, Oklahoma, Missouri, Louisiana, and Tennessee.”

According to Aon, the scope of the damage across multiple states will likely cause economic and insured losses to each reach “well into the hundreds of millions (USD),” if not higher.

Clean up efforts to remove debris and damaged vehicles are already underway, and the insurance industry has set up claims operations centres in the field.

As roadways become more accessible, insurance agents and claims adjusts will be able to inspect homes and assess damages to closely to get a clearer picture of the overall damages.

“We have had a tremendous outpouring of people wanting to help the people impacted by this tragedy,” said Richardson Mayor Paul Voelker.

“We do have a lot of needs for the victims of this disaster, so we are mobilizing a Volunteer Reception Center to make those connections and leverage all of the resources available to help get our community back to normal as quickly as possible.”

A J Gallagher earnings stable in Q3, organic growth up 5.8%