Social inflation in casualty insurance one of the most concerning trends

Social inflation has been named one of the most concerning trends by insurers speaking on the second day of S&P Global Ratings’ 38th Annual Insurance Conference. 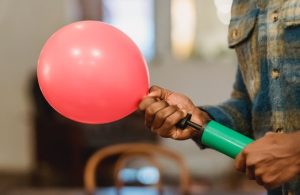 In a panel discussion, Kristof Terryn, CEO of Zurich North America, said that ‘social inflation’ on the casualty side was the one trend worrying him the most. This was a view seconded by Jack Roche, president and CEO of the Hanover Insurance Group.

Roche said: “It’s not going away, which will keep insurers from raising their limits on that side of the business, even as insurance market pricing comes off its peak.”

The singling out of social inflation on the casualty side belies the fact, said the Terryn and Roche alongside Richie Whitt, co-CEO of Markel Corp, that the biggest spike in inflation has been on the property side.

Whitt would say that inflation overall is one of the biggest risks facing the insurance industry and this supports the need for rates to be kept ahead of rising loss cost trends. He also said that risk profiles would need to be adjusted from potential recessions around the world.

On the property side, the increased frequency and severity of natural catastrophe events is a fundamental issue, said Terryn.

Whitt noted that many companies are exiting property catastrophe insurance, which will create an opportunity for those that can price it correctly. For its part, Markel is reducing the amount of property catastrophe risk on its balance sheet but is using its insurance-linked security fund manager Nephila Holdings Ltd. to support reinsurance market needs with alternative and lower-cost capital providers because of the diversification benefits the investors receive.

Roche said he is most focused on talent and culture. He sees the current competitive employment market as an opportunity for companies with strong existing cultures and a threat to companies that either don’t try to transform or “get it wrong.” Whitt agreed, saying Markel has “doubled down on culture” in the fight to attract talent. He also emphasized the role of diversity, equity, and inclusion initiatives to pull talent from the biggest pool.

On insurtech, the CEOs agreed “a little bit of the luster is off.” While insurtech has spurred some innovation, it has so far been more of a partner to large insurers than a disruptor. Roche warned that insurtech could re-emerge as a threat if the industry doesn’t make meaningful progress in serving customers over the next five years, but noted it is difficult for new firms to replicate the strong underwriting of established insurers. Terryn noted the potential for disruption is larger among personal lines than commercial lines.