Swiss Re confirmed as co-insurer for Boeing & Ethiopian Airlines

Swiss Re has confirmed that it is one of the minor insurance providers for Boeing Co, as well as for Ethiopian Airlines, both of which face large claims following a fatal plane crash on March 10. 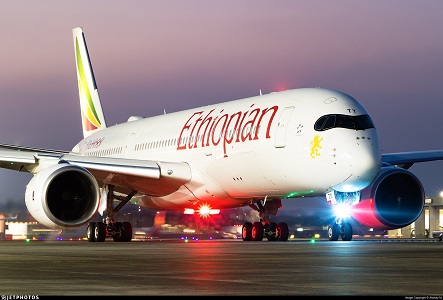 Boeing was pressured into grounding its entire fleet of 737 Max 8 aircraft last week, after flight ET302 became the second crash in five months to involve one of the models.

An automated anti-stall system on the 737 models has come under scrutiny as a potential cause of both the recent Ethiopian Airlines incident and the Lion Air crash in Indonesia last October.

Initial insurance payments from the Ethiopian Airlines crash are speculated to be in the region of $50-60 million and will be incurred by Chubb and Willis Towers Watson, who were confirmed last week as the company’s lead insurer and broker.

If the Boeing aircraft is verified as faulty, then its insurers – Global Aerospace and Marsh – could also incur further large claims as a result of compensation efforts.

However, Swiss Re has now revealed that it will also share some of the losses, stating: “We can confirm that we are part of the insurance panel that covers Boeing’s airline manufacturer liability policy and we also are a co-insurer of Ethiopian Airlines.”

The re/insurer explained that it was only a minor part of the insurance panels but declined to comment on contractual details.

“As per established best practices, Boeing, Ethiopian Airlines and their insurers will go through a detailed discovery process that will include independent third party assessments about the likely root cause(s) that caused this fatal crash to determine liability, applicability of coverage etc.,” Swiss Re said. “In parallel we will support our insureds in managing the impact of this tragic event on the victims and their families.”

In the days following the crash, China and Indonesia immediately grounded all their Boeing 737 Max 8’s, and Australia, Singapore, UK, Canada and the US regulators have since followed suit.

Boeing’s shares fell by over 11% last week and the company lost £26 billion of its market value, the biggest hit the company had taken in two decades.

The Chicago-headquartered aircraft manufacturer could also be in for more financial trouble as many airlines are reportedly wavering about their orders of new 737 models, according Russel Group.

Norwegian Airlines has demanded Boeing pay for losses caused by the grounding of its eighteen 737 MAX 8 aircraft, with experts estimating that losses stand at $46,000 in lost revenue for every grounded 737 Max per day.

LionAir, which already has a sour relationship with Boeing following its October crash, has also announced that it intends to switch its $22 billion order for 201 of the 737 MAX 8 to Airbus.

The future of a $25 billion order from VietJet Air and a $5.9 billion order from Saudi Arabian Airlines will also be determined by the outcome of the crash investigation, while Kenya Airways has said it is considering a switch to Airbus’ A320 model.

“Despite Boeing working on an update to the controversial software … the short-term hit is likely to be severe for the company,” Russel Group stated.

Morgan Stanley estimates that the 737 Max model represents 70% of Boeing’s production, while the Guardian said the company has received 5,011 orders for the aircraft since January.

All 157 passengers were killed after Ethiopian Airlines flight ET302 crashed six minutes after take-off from Addis Ababa en route to the Kenyan capital of Nairobi on March 10.