Swiss Re pilots satellite imaging for use in crop claim settlements

Global reinsurance giant Swiss Re has piloted the use of satellite imaging in the claim settlement process of its crop insurance scheme, according to a report by The Hindu Business Line. 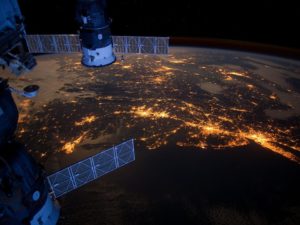 The use of satellite imaging can reportedly be used to quickly estimate the drought level or soil moisture content level in a given area.

Amitabha Ray, Head of CM P&C, India, Swiss Re, India Branch, said this allows for the faster payment of claims to farmers and can even estimate future crop output.

Swiss Re stated that it had carried out a pilot project recently with the government of Mahrashtra, a western state in India.

“We are a big agriculture insurer worldwide. We are trying very hard on making the claim settlement process much faster and smoother with the use of technology,” Ray said.

“We are also trying to use technology to understand crop losses better.”

Business Line states that the reinsurer services close to 10% of the crop insurance market in India.

Satish Raju, Chief Executive Officer, India Branch, Swiss Re, added, “We want to utilise our international experience. We are keen to help support the country’s focus in terms of health, crop and help improve insurance penetration. This is our broad-based approach.”

Specialist insurance and reinsurance broker THB Group has made four senior board appointments including Kay Smith, who joins as Group...