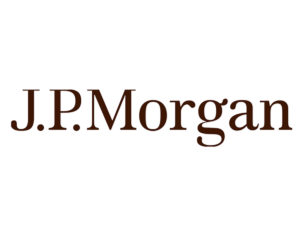 Analysts at JP Morgan have suggested that the reinsurance market shift is an opportunity for companies to re-set profitability and rebuild buffers. JP Morgan's analysts state that additional exposure growth on top is a bonus, though this is not something that the firm is looking out for. They write, "For the first ... Read the full article 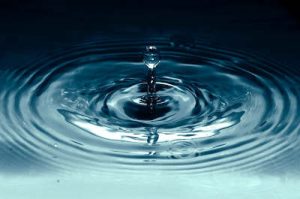 Analysts at RBC Capital Markets have suggested that a retrenchment in the alternative capital space has led to a further tightening of the retro market from 2022, causing a “ripple effect” on the available of capacity in the reinsurance property markets. Commenting on the current hard market environment and on specialty ... Read the full article 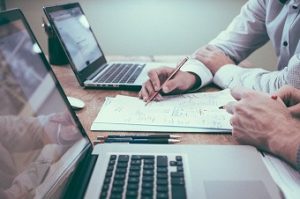 Analysts at Goldman Sachs expect underwriters to hold more risk on their own balance sheets going forward, rather than assuming the large increases to reinsurance and retrocession coverage that materialised at the recent January renewals. Reflecting on trends coming out of 1/1, Goldman Sachs believes that reinsurance is entering a truly ... Read the full article 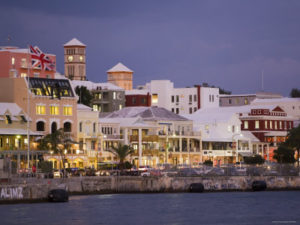 Despite heightened catastrophe losses and economic uncertainty, Fitch Ratings expects improved underwriting performances for Bermuda re/insurers in 2023, driven mainly by accelerating premium rates, alongside a market reset in pricing, terms and conditions. The rating agency states that the underwriting performances of Bermuda re/insurers are positioned to improve as the aforementioned ... Read the full article 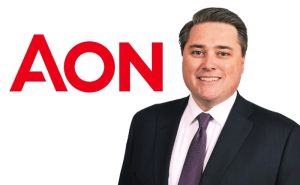 2023 renewals the most challenging in a generation, says Aon’s Monaghan

According to Joe Monaghan, Global Growth Leader Reinsurance Solutions, Aon, the January 2023 renewals were the most challenging in a generation as the reinsurance market underwent a fundamental shift in pricing and risk appetite, marking a moment of truth for the industry and a new reality for buyers. Monaghan states that ... Read the full article

US commercial and personal lines both see rates up 5% in Q4: MarketScout

New data from MarketScout, a managing general agent, Lloyd's coverholder and wholesale broker, shows that composite rate increases for both US commercial and personal lines insurance were up by more than 5% through the fourth quarter of the year. The composite rate for US commercial insurance rates was up 5.1% in ... Read the full article 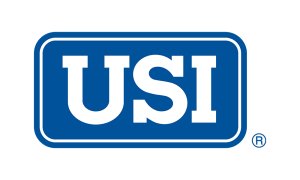 Property lines with poor loss history to see rate rises up to 150%: USI

Broker and consulting firm USI Insurance Services has forecast that cat or non-cat property with poor loss history or poor risk quality may see rate increases of up to 150% in the first half of 2023. Following three years of a firming market with increased deductibles, valuation adjustments, and reductions in ... Read the full article

A new survey from WTW has found that prices for US commercial insurance increased again during the third quarter of the year. A statement from the firm said that it had compared prices charged on policies underwritten during Q3 2022 to those charged for the same coverage during Q3 2021. The aggregated ... Read the full article 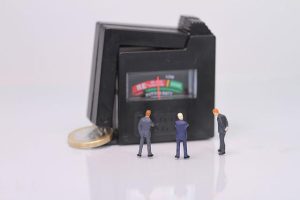 Data from the latest edition of the IVANS Index shows that average premium renewal rates for nearly all major commercial lines of business remain up year over year while month-over-month rates experience continued variability. The November 2022 results of the premium renewal rate index show that, year over year, all lines ... Read the full article

Reinsurance capacity strained with rates to increase 50% for US cat: Goldman Sachs

A new note from Goldman Sachs around P&C insurance reports that reinsurance capacity is strained with rates potentially up by over 50% for US cat. The note arises from conversations the financial giant had with property and casualty insurers, that the firm said were ‘most optimistic’ with the current environment favourable ... Read the full article 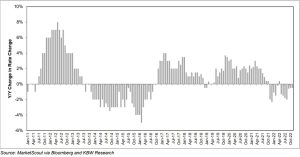 The latest Insurance Market Barometer from MarketScout and accompanying commentary from analysts at Keefe, Bruyette & Woods reveals that U.S. commercial property and casualty insurance (P&C) rates rose by 5% y/y, below October's +5.9%, which probably reflects both deceleration and monthly volatility. Although rate increases appear to have peaked in December ... Read the full article

A new note from WTW says that increased competition from cyber underwriters has led to more nominal rate increases when organisations can demonstrate good cyber security controls year over year. The firm said in its note that these cyber underwriters were eager to write new business following the recalibration of cyber ... Read the full article 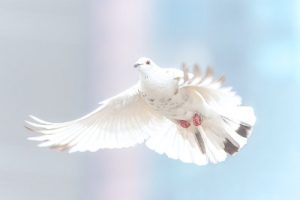 Analysts at WTW have observed a “significant flight to quality” in the reinsurance market as insurers use the hardening market to ‘housekeep’ their existing portfolios prior to focusing on new business. The broker's Insurance Marketplace Realities 2023 report predicts further rate firming for the property reinsurance market, with more withdrawals of ... Read the full article 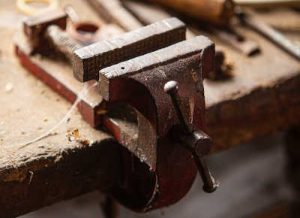 “Grip of the hard market is loosening”: WTW’s Jon Drummond

Jon Drummond, Head of Broking, North America at insurance broker WTW, has claimed that the “grip of the hard market is loosening” despite some upward pressures across lines. Writing in the latest Marketplace Realities report from WTW, Drummond noted that the second half of 2022 has “ushered in a new environment ... Read the full article

Analysts at Jefferies have suggested that Bermuda-based re/insurer Lancashire Holdings could look to reduce its gross catastrophe exposure next year, if the company is unable to purchase retrocession cover at a good price. Jefferies expects Lancashire's net catastrophe exposure to remain broadly flat in 2023, albeit with net premiums still growing ... Read the full article