SCOR’s Global P&C CEO Victor Peignet, met the President and Head of High Council of Insurance of Bimeh Markazi Iran Central Insurance, Abdolnaser Hemmati last Sunday in Tehran, to negotiate potential for collaboration. The meeting follows the removal of sanctions against Iranian companies, which has seen world-leading re/insurers move in to ... Read the full article 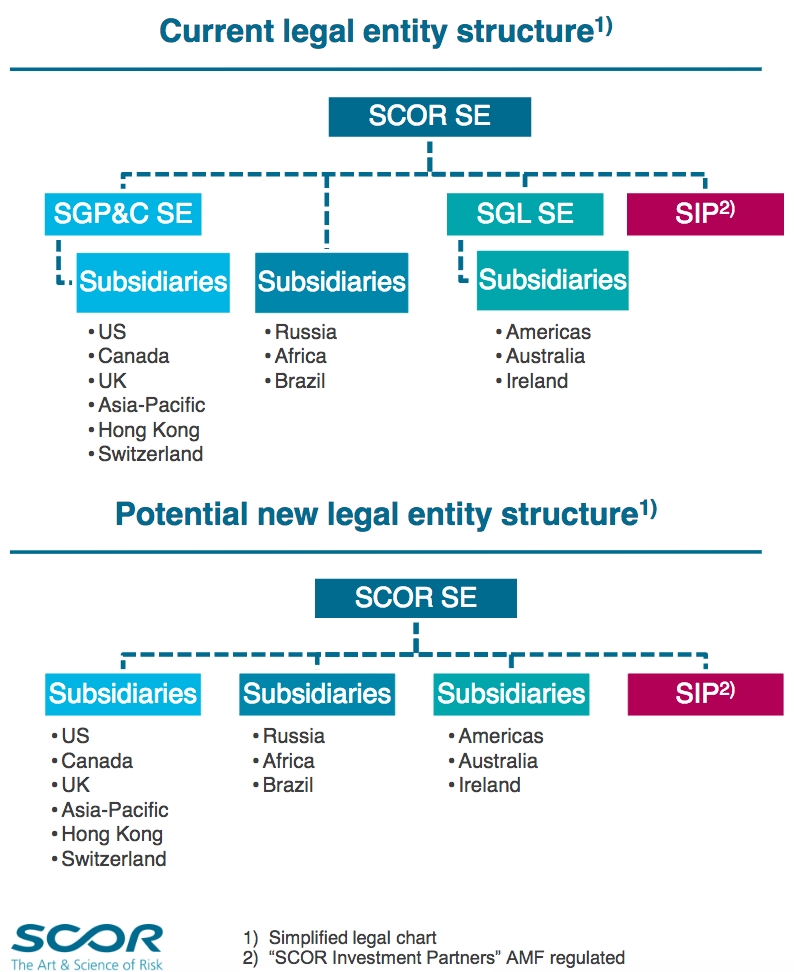 One of the steps taken by French reinsurance firm SCOR to optimise its business in the new Solvency II world is a rationalisation, consolidation and reorganisation of its various legal entities, which once completed could save the company around EUR 200 million. As part of SCOR's latest strategic plan the firm ... Read the full article

French insurer and reinsurer SCOR reported growth in its longevity business during 2016 driven by a strong fourth-quarter for the segment, with the company highlighting growth potential with life business in the UK and elsewhere. The majority of insurance and reinsurance companies have now reported their results for the fourth-quarter and ... Read the full article

French reinsurance company SCOR has delivered another strong result this morning despite the softened state of the reinsurance market, reporting EUR 603 million of net income and a return on equity of 9.5% for 2016. Those figures are down slightly on 2015, but that is to be expected given the state ... Read the full article

Hannover Re has underscored North America as one of its major target markets for the coming year after the U.S.’s economic recovery has raised demand for reinsurance protection. The reinsurance giant said its total premium volume for North America rose by 6.5 percent, an attractive margin of increase, especially when compared ... Read the full article

French reinsurance company SCOR found opportunities for premium growth at the January 1st 2017 renewals, with the U.S. driving much of its increase despite that market being the most under pressure. SCOR has been targeting expansion into the U.S. over recent reinsurance renewals, with the way it has historically diversified its ... Read the full article

SCOR has become one of the latest in a string of insurers and reinsurers to join the Blockchain Insurance Industry Initiative (B3i), after successful testing of the concept has proven its potential value. Since the blockchain initiative was launched in October 2016, it’s attracted 15 of the largest players across the globe, including; ... Read the full article

French reinsurance giant SCOR has been working on testing a blockchain based proof-of-concept for digitalising certain reinsurance market processes with start-up ChainThat. As the insurance technology (InsurTech) trend continues to accelerate, the majority of major reinsurance firms have been involved in testing blockchain technology (the distributed ledger style database that underpins ... Read the full article