A record number of tropical storm formations in the Atlantic, coupled with an unprecedented number of landfalls and the most active wildfire year on record, saw the U.S. experience 22 billion-dollar natural disaster events in 2020, according to analysis by the National Oceanic and Atmospheric Administration (NOAA). 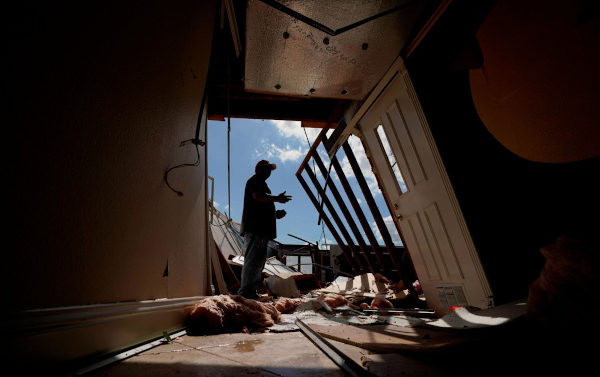 During the 2020 Atlantic Hurricane season, a record-breaking 30 storms formed, 13 of which reached hurricane status, with an unprecedented 12 making landfall.

Of these, tropical cyclones Hanna, Isaias, Laura, Sally, Delta, Zeta, and Eta, all produced losses of more than $1 billion. Additionally, three tornado outbreaks, including the Nashville tornado and the Easter outbreak, also resulted in losses of above $1 billion.

The U.S. Midwest also experienced a devastating derecho event last year, which, alongside Texas hail storms and eight other severe weather events, also resulted in losses of more than $1 billion.

As noted by the NOAA, 2020 was the fifth warmest year on record in the U.S., which in turn contributed to the most active wildfire year on record for the nation.

Exacerbated by dry conditions in the west and unusually warm temperatures across most of the country, the Western wildfires focused across California, Colorado, Oregon, and Washington, drove losses of above $1 billion. Furthermore, a drought and heatwave event in the summer/fall across Western and Central U.S. also resulted in a loss of more than $1 billion.

The NOAA explains that across the contiguous U.S., the average temperature in 2020 was 54.4 degrees Fahrenheit, which is 2.4 degrees higher than the 20th century average.

Combined, damages from these 22 events resulted in U.S. natural disaster losses of approximately $95 billion in 2020. According to the NOAA, of this total, 42%, or roughly $40.1 billion is attributable to the seven tropical systems.

The $95 billion total from the NOAA is line with last week’s estimate from global reinsurer Munich Re, which also estimated that of this total, some $67 billion was covered re/insurance protection.

Interestingly, the NOAA states that since 1980, the U.S. has experienced 285 individual billon-dollar weather and climate disasters. Combined, these events have exceeded $1.875 trillion in total damages to date.