According to the broker’s Reinsurance Market Outlook report, from the end of 2018 to the end of the first-quarter of 2019, traditional reinsurance capital increased by 5% to $512 billion, mostly as a result of strong earnings.

Somewhat offsetting the increase in traditional capital, alternative, or third-party reinsurance capital declined in the period by 4% to $93 billion, which Aon attributes to the payment of losses and investor redemptions.

The chart below, provided by Aon shows that after a 3% decline in 2018, the volume of global reinsurance capital has returned to the level seen at the end of 2017, which is the largest ever recorded. 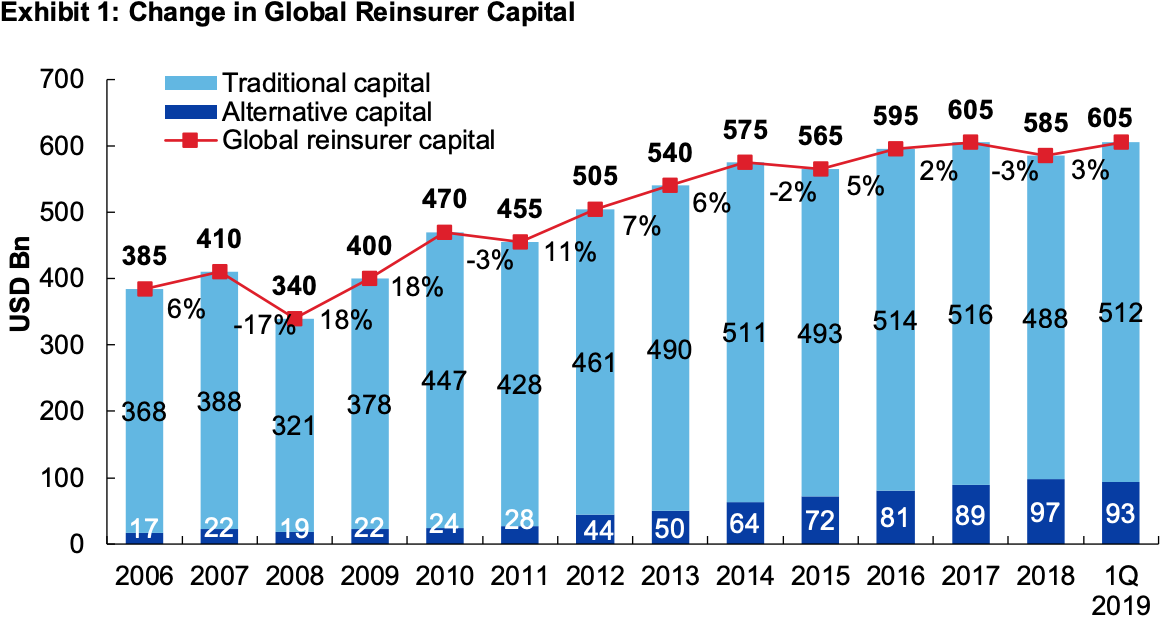 While the volume of alternative reinsurance capital has declined during the first-quarter of 2019 when compared with the end of 2018, at $93 billion, it remains above the level seen in 2017. Aon notes that the $93 billion is shown gross of around $15 billion of trapped collateral impacted by losses from recent events.

“Reinsurer operating performance was strong in the first half of 2019. Insured natural catastrophe losses were below long-term averages, the most significant ‘event’ being adverse development of reserves held for losses occurring late in 2018 (notably Typhoon Jebi),” said Aon on the traditional market.