Jon Dye, Chief Executive at Allianz Insurance, has been named as the new Chair of the Association of British Insurers’s (ABI). 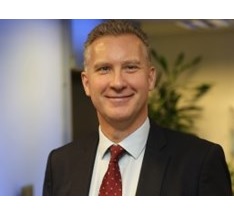 He replaces Amanda Blanc, whose surprise resignation as CEO EMEA at Zurich last week also resulted in her stepping down from her position as ABI Chair.

The Association requires that the role be filled by a serving executive in financial services.

The ABI explained that Dye has been appointed to serve a one-year term, after which the Board Chair role will revert to a two-year tenure.

He has served as Chief Executive at Allianz Insurance since July 2013, and is also a Non-Executive Director of LV General Insurance Group, following the joint venture announced in 2017.

Prior to this, Dye was General Manager, Retail at Allianz, with responsibility for trading activities for all personal lines products through broker, corporate partner and direct channels.

He joined Allianz in June 2003 as Director Claims, before assuming his General Manager position in November 2007.

Dye also worked at Chubb Insurance Company of Europe SA from 1998 to 2003 in a variety of Claims roles.

“Jon was the clear choice of the Board to lead it over the important year ahead,” said Bronek Masojada, a member of the ABI Board Appointments Committee. “He is highly respected by his Board colleagues for his commitment, judgement and open way of working.”

“His insights and energy will be invaluable in representing all parts of the insurance and long-term savings market as we rise to the challenges and opportunities of our fast-changing world,” Evans added.

Dye further stated: “I am delighted to be taking on this role at such a crucial time for our world-leading industry. Insurance and long-term savings play a vital role in the UK economy and in the lives of the people we help and support.”

“We face a period of unprecedented challenge and opportunity so it’s important for the industry to speak with a clear, authoritative and constructive voice,” he continued.

“Amanda Blanc is a tough act to follow, but I am looking forward to working with the ABI Board on the many and varied issues that face the industry.”