AM Best has maintained its negative outlook for the Brazilian reinsurance industry, as market volatility and a declining interest rate environment outweigh signs of slow and steady economic growth. 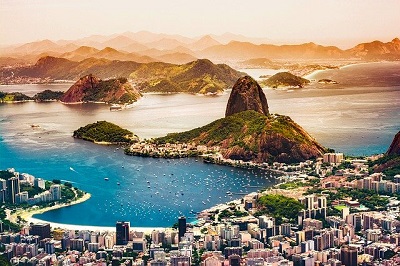 Brazil continues to rank as the world’s ninth-largest economy but is considered a difficult country to do business in, particularly for the reinsurance market, where there are substantial barriers to entry and significant volatility.

Despite its current challenges, AM Best does believe Brazil has the potential to emerge stronger from its recent economic and political struggles, which could lead to a thriving reinsurance market and facilitate more prudent risk taking.

Another risk factor for the Brazilian reinsurance industry is its heavy reliance on investment income, which has been a major contributor to profit in recent years.

Interest rates on sovereign bonds have been as high as 14% during this period – enough to mitigate underwriting losses – but with rates now in the 5% range, underwriting will need to improve to make up the difference.

On a more positive note, AM Best considers reinsurers in Brazil to have a competitive advantage to some degree thanks to their insulation to currency fluctuations.

The reinsurance segment has also benefited from the evolution of the surety market and, in particular, the development of judicial surety bonds.

This has come at a time when, due to political and economic stress, the market for surety products such as performance or bid bonds has largely disappeared.

Analysts concluded that Brazil remains a developing economy with a growing re/insurance regulatory framework that has historically helped to grow the market and will continue to influence the segment’s pospects.

Despite is negative outlook, AM Best believes that a couple of factors in particular could stabilise the reinsurance market.

Most notable would be the continuation of meaningful economic reforms, which could facilitate long-term growth and boost confidence both domestically and abroad.

The other important factor is underwriting-driven profitability, it argued, as the ability to generate strong overall earnings from underwriting would go a long way toward creating a sustainable and prosperous reinsurance segment in Brazil.

Swiss Re Capital Markets, the insurance-linked securities (ILS) focused unit of the global reinsurer, has placed a new parametric-triggered catastrophe...