US specialty insurance group Assurant has detailed its 2021 property catastrophe reinsurance program, which provides $965 million of coverage in excess of a $80 million retention for a first event, with retention lowering to $55 million for a second and third event.

The company decided to reduce its retention for certain second and third events this year while maintaining nearly $1 billion in loss coverage. At the same time, it increased its multiyear coverage to account for approximately 52% of its total US program and strategically exited some international programs. 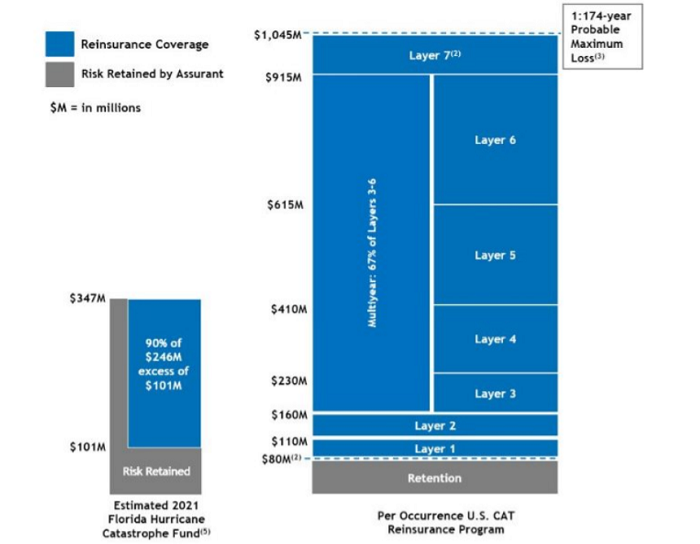 Coverage protects against a projected probable maximum loss of approximately a 1-in-174-year storm, based on projected modelled loss estimates.

When combined with the Florida Hurricane Catastrophe Fund, Assurant’s US program protects against gross Florida losses of up to approximately $1.2 billion.

Overall, the majority of Assurant’s business is not exposed to catastrophe losses and therefore, combined with the 2021 catastrophe reinsurance program, the company expects to retain approximately 70% of net operating income in a 1-in-50-year event compared to 40% in 2017.

Coverage was placed with more than 40 reinsurers and premiums for the total program is estimated at around $149 million.

Layers 2 through 6 of the program allow for one automatic reinstatement and Layer 1 has two reinstatements, with a cascading feature providing multi-event protection in which higher coverage layers cascade down to $110 million as the lower layers and reinstatement limits are exhausted.