China Re acquires Chaucer from The Hanover in $950m deal

China Re, one of Asia’s leading reinsurers, has acquired The Hanover’s London-based Specialty business Chaucer in a deal that totals $950 million and accelerates the state-backed group’s international development. 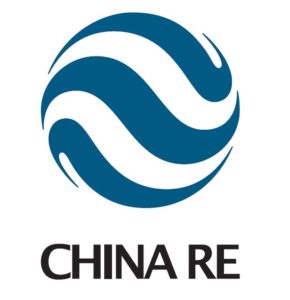 The transaction includes a cash consideration from China Re of $865 million and a pre-signing dividend from Chaucer of $85 million, received in the second quarter of this year.

This announcement follows reports from The Hanover earlier this year that the company was exploring “strategic alternatives” for Chaucer, which it said could include a possible sale.

Chaucer underwrites across across international marine and non-marine markets through its Lloyd’s Syndicate 1084, and has a leading underwriting vehicle for nuclear risks in Syndicate 1176.

“The acquisition of Chaucer Group by China Re represents a significant milestone in our international development, as well as the next step following the establishment of China Re Syndicate 2088 at Lloyd’s and the Singapore Branch,” stated Yuan Linjiang, Chairman of China Re.

The cash consideration of $865 million, excluding the pre-signing dividend of $85 million, consists of an initial $820 million payable at closing and contingent consideration of $45 million to be held in escrow, which may be adjusted downwards if catastrophe losses incurred in 2018 are above a certain threshold.

The total consideration, adjusted for the pre-signing dividend, represents a multiple of 1.66 times Chaucer’s tangible equity as of June 30, 2018.

He Chunlei, President of China Re, said, “We are delighted to be acquiring a top quartile performer in the Lloyd’s market and respect senior management’s achievements to date in growing the business to this point. We look forward to working closely with John Fowle, Chaucer CEO, and the management team.”

The Hanover says the transaction will position it to continue the successful expansion of its domestic business, building out its strategic capabilities for its partners and customers.

“This transaction will enable us to build on the growing momentum in our domestic property and casualty businesses, as we continue to advance our long-term strategy and deliver even stronger shareholder returns.”

The deal is structured so that, subject to certain exceptions, the risks and rewards of Chaucer’s business from April 1 2018 until closing, are transferred to China Re.

Furthermore, The Hanover estimates the sale will result in a net GAAP after-tax gain which will be recorded in discontinued operations at sale execution.

Beginning in the third quarter of 2018, the earnings results for Chaucer operations will be reported as part of The Hanover’s discontinued operations for all periods presented in The Hanover’s financial statements.

“This transaction represents an attractive return for shareholders, providing us with greater financial flexibility to invest in the growth of our U.S. agency business and return capital to our shareholders through a variety of options including continued dividends, stock buybacks, debt management, and special dividends,” said Jeffrey Farber, Executive Vice President and Chief Financial Officer at The Hanover.

“The sale will reduce catastrophe exposure to extreme global events, while enhancing our return on equity potential. We look forward to our continuing successful partnership with Chaucer through the close of the sale and the transition.”

Resolution Re has entered into a reinsurance agreement with Symetra Life Insurance Company to transfer financial responsibility for all of...