The fire that emerged on the Felicity Ace cargo ship is believed to have driven expected losses of at least $155 million for car brands Volkswagen, Porsche, Audi, and Lamborghini, according to analysis by risk solutions firm, Russell Group. 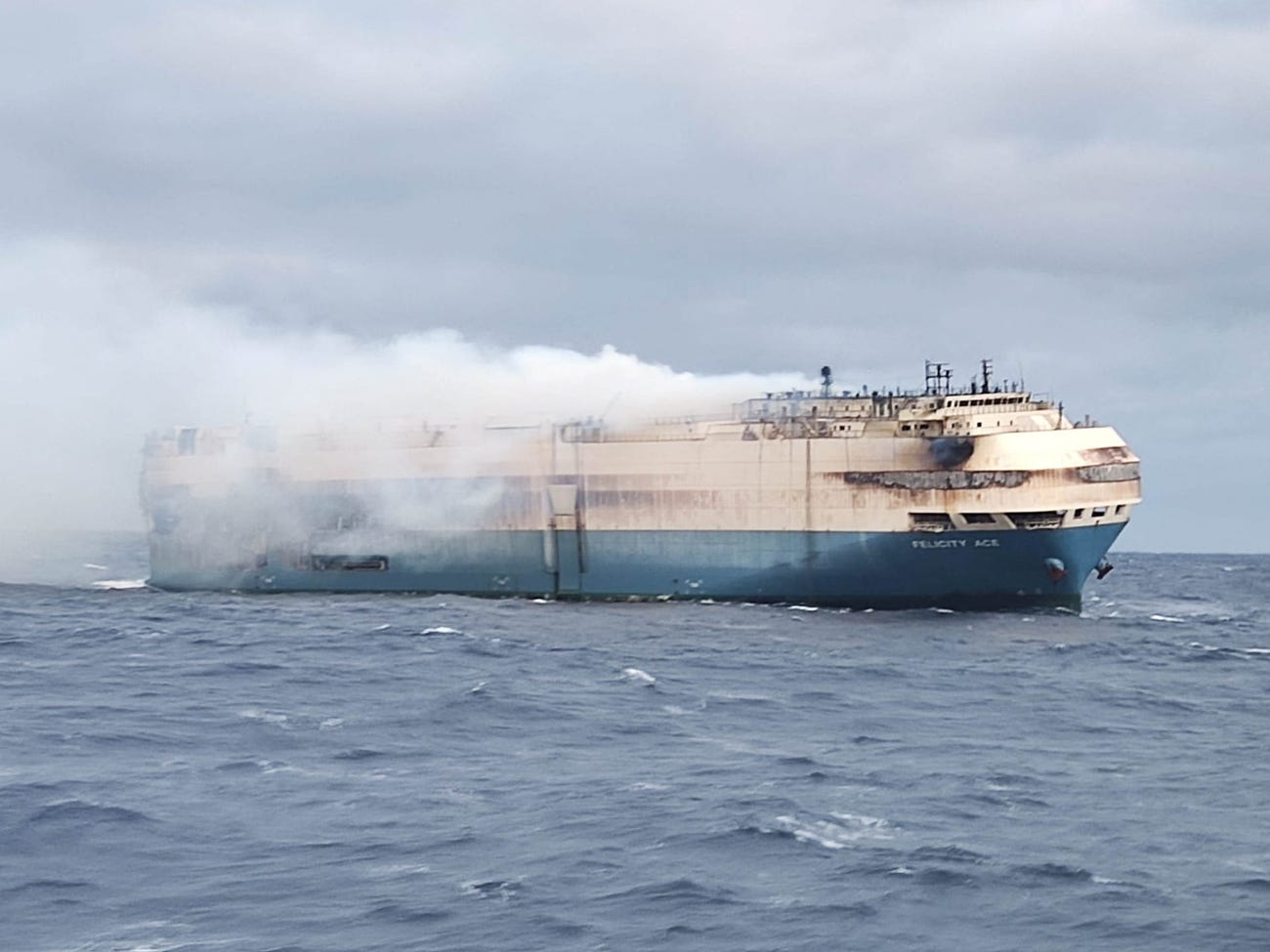 The Felicity Ace departed Emden, Germany (where Volkswagen has a large factory) for Rhode Island in the U.S. on February 9th, 2022. As it was sailing west of Portugal a fire broke out in the hold, leading the crew to abandon the ship and later be rescued, while the vessel floated in the mid-Atlantic.

A ship of this size is able to carry more than 18,700 tons of cargo, and its been widely reported in the media that the Felicity Ace was transporting over 4,000 cars to the U.S.

In fact, German media has reported that an internal email from Volkswagen US revealed that the vessel was carrying 3,965 vehicles from Volkswagen, Porsche, Audi, and Lamborghini. Porsche has reportedly confirmed that 1,100 of its vehicles were on board the ship.

According to analysis by Russell, the total dollar value of goods on the Felicity Ace is estimated at $438 million, and of this figure some $401 million relates to cars and goods vehicles.

Commenting on the analysis, Suki Basi, Russell Group Managing Director, said: “These figures showed once again the precariousness of global supply chains. The incident comes at a bad time for global carmakers who are in the middle of a supply chain crisis sourcing semiconductors, resulting in new delays for new cars. An event like this will not do a great deal in instilling trust with consumers.

“Using our ALPS Scenario Factory, we identified that the Volkswagen brand and its subsidiaries do indeed have a significant exposure to this event, running into the millions.

“With so much uncertainty in the global trade landscape, our view has always has been those corporate entities and their insurers will need good near real-time data combined with a strong analytical interpretation of those insights to ensure that they navigate a way through potential disruption.”

As we wrote last week, software company Skytek has warned that the fire on the Felicity Ace could drive a marine re/insurance market loss of $500 million.

While shipping losses have declined over the past 10 years, analysis shows that fires on board vessels remains one of the main safety concerns and have actually increased in recent years.