Howden Tiger will be a breath of fresh air in reinsurance: David Howden

For re/insurance broking group Howden, the recently announced acquisition of TigerRisk Partners transforms its position in the reinsurance space, with the enlarged business set to challenge the status quo and empower talent, according to Howden Group’s Chief Executive Officer (CEO), David Howden. 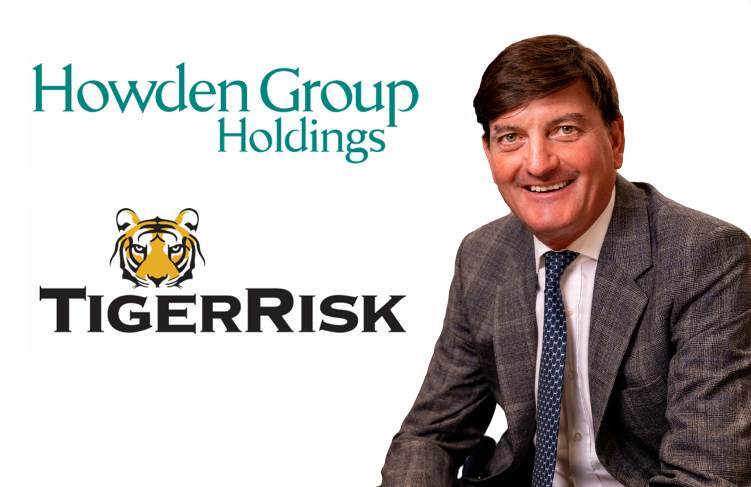 The combination will result in an enterprise value of more than $13 billion, creating a $30 billion gross written premium business of which a significant $12.5 billion is from reinsurance.

Following the news, we spoke with CEO Howden about what the deal means for the firm’s reinsurance ambitions, and how the larger Howden Tiger will differentiate in the reinsurance and insurance-linked securities (ILS) markets.

“I think it transforms our position in reinsurance,” said Howden. “It is the only business out there that could do that.”

Formed in 2008, TigerRisk established itself as a leading, privately-held reinsurance broker with meaningful capital markets and data analytics capabilities. When you combine that with Howden’s existing business, it’s almost $400 million of revenue on the reinsurance side.

“So, it really catapults us, to be quite frank, into a leading position in a number of reinsurance fields as well,” said Howden. “Likewise, no one else really, since Benfield sold out, has built a really significant capital markets business inside an insurance business.”

Additionally, Howden Tiger will have around $120 million of revenue just from supporting MGAs, which is a massive high growth market, “and it makes us number one in that market by a long way,” he added.

Once the transaction completes, Howden expects the solid organic growth witnessed at both firms to accelerate as it creates a business of real scale and opportunity, both in the U.S. and internationally. At the same time, he expects the enlarged business to be a magnet for talent, which is one of the ways Howden Tiger will differentiate in both reinsurance and ILS.

“First and foremost, it’s the talent of the business. I think we are an entrepreneurial business, where the best talent is going to come and be empowered, and really be able to be focused on the clients and do what we do so well. Attract the best talent and free them up,” said Howden.

Adding: “Secondly, I think it’s the expertise, an unrivalled depth of quality of expertise. And it’s the things I touched upon earlier – number one already in the MGA space, number one in the capital markets space. We’ve already got an incredible data and analytics business with the investment we’ve made over the years around the digital and the data. So, you’ve got all of those real in depth expertise in key areas in there, which other people just don’t have.

“Ultimately, as well, we are going to be able to differentiate ourselves to others by being innovative, by being hungry, by being entrepreneurial, by looking for solutions, and really challenging the status quo. And I think our clients are crying out for that, and we’ll shake things up a bit. I think we’re going to be a breath of fresh air in reinsurance.”

In terms of synergies, Howden stressed that the deal isn’t at all about cost synergies, but about growth and how the companies expand their businesses faster together.

“It is, first and foremost, all going into one, creating this new reinsurance, capital market advisory business, and really pulling on our existing expertise to deliver much more to our existing client base,” he said.

“Tiger’s been built standalone, not part of an insurance business. Secondly, DUAL, which is the largest international MGA by miles, writes $2.5 billion of premium in 19 countries. So there’s huge opportunity for working together and expanding on that side.