Analysts at Peel Hunt have warned that Hurricane Ida could result in a major hit to both the Lloyd’s and energy re/insurance markets, in addition to massive costs for the US P&C sector. 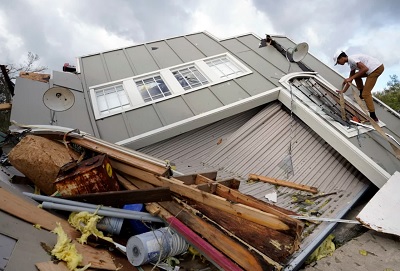 Ida made landfall in Louisiana as a Category 4 hurricane just south west of New Orleans on Sunday and is likely to become the largest property catastrophe loss so far this year.

Early estimates indicate a potential industry loss of $15 billion to $25 billion, which would be well below the record $65 billion of insured losses from Hurricane Katrina in 2005, which had a much larger footprint than the more compact Ida.

Peel Hunt believes that losses will be spread across the insurance and reinsurance markets with property accounts being mainly affected.

However, it added that there could be additional major losses in energy accounts depending on how offshore oilrigs have been able to withstand the impact of the hurricane.

Hurricane Ida is thought to have brought sustained wind speeds of 150mph with hurricane force winds extending across 50 miles with storm surges of 8-12 feet.

But New Orleans appears to have been spared a direct impact thanks to levees built to protect the city against the secondary impact of storm surge.

According, Peel Hunt expects that insured losses will be driven by wind rather than flood damage, with significant damage recorded across infrastructure and buildings along the south west coast.

So far this year, insured losses from natural catastrophes reached $40 billion during H1 which is above the $33 billion 10-year average, and the second highest on record for H1.

And as the market enters the September period, it’s worth noting that the peak months of the hurricane season are yet to come, Peel Hunt notes.

With reinsurance renewal discussions due to kick off in two weeks, the industry will be hoping to get a swift handle on Ida in order to understand the full impact of the storm on capital across the sector.