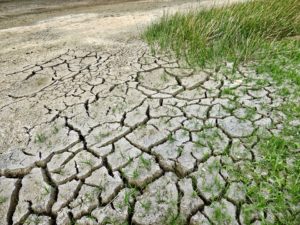 Johnson’s comments come after the UN Environment’s Finance Initiative (UNEP FI) announced a partnership with a group of 16 large, global insurers and reinsurers (of which IAG is included), to develop a new generation of risk assessment tools that enable the risk transfer industry to better understand the impacts of climate change on their business.

She adds that a failure to reduce greenhouse emissions could result in a world that is “pretty much uninsurable”, an outcome that would hit poorer regions hardest.

In Australia, Johnson says a temperature rise of over three degrees would inflict higher levels of extreme weather events such as cyclones and flooding to Queensland, while a rise of more than four degrees would render insurers unable to provide protection in certain areas of the world.

Johnson suspects that on current trajectories, the world will have warmed by four degrees by the end of the century.

UN Environment Chief Erik Solheim voiced a similar concern yesterday, stating that an uninsurable world is a “price that society could not afford.”

“This is why UN Environment is working with leading insurers to understand and reduce risk, to seize unprecedented business opportunities in climate action, and to ensure an insurable, resilient and sustainable world,” added Solheim