Charman promoted to CEO of Overseas Insurance for Sompo Holdings

Bermuda-based specialty re/insurer Sompo International Holdings has announced the promotion of John Charman, currently Chairman of the Board of Directors and Chief Executive Officer of Sompo International, to CEO of Overseas Insurance Business in Sompo Holdings. 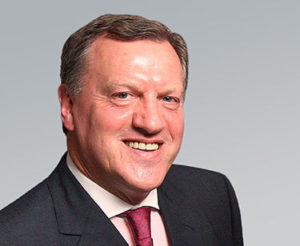 The appointment, effective 1 April 2019, will see Charman oversee a segment that represents more than 27% of Sompo Holdings Group’s adjusted profit, employs around 9,000 people in 30 countries and regions and is projected to have more than $10 billion in gross premiums by 2020.

In his new role, Charman will join the new Global Executive Committee of Sompo Holdings (Global ExCo) which will be established in April 2019 to provide expertise and input on group-wide strategic decisions.

Charman will remain as Executive Chairman of Sompo International’s Board of Directors, a role he has held since joining the company in May 2013.

Frudd will also join the Global ExCo and be appointed to the new role at Sompo Holdings of Senior Executive Vice President and Chairman of Overseas M&A.

In addition, the company is expanding its Board of Directors and has appointed Katsuyuki Tajiri to the Board as an Executive Director effective 1 January 2019.

The Commercial Property and Casualty executive leaders currently reporting to Charman, along with Dalas in his capacity as CEO of Retail, will now report directly to Frudd as CEO of Sompo International.

“We are excited that these strategic management changes will enable Sompo International to reach the next level of growth, with a greater presence globally in both the commercial and retail insurance industry,” said Kengo Sakurada, Group CEO of Sompo Holdings.

“At the same time, Sompo Holdings is also strengthening our corporate governance structure in order to promote diversity and globalization. One of the key elements is forming the Global ExCo and we are very pleased that John and Nigel will be coming on board as inaugural members.”

Commenting on his appointment, Charman said, “I am delighted to have the opportunity to work even more closely with my Sompo Holdings colleagues in Japan and to further the substantial progress we are making toward our shared vision of increasing the contribution of the overseas business.”

“Nigel has played a strategic role in the creation and integration of Sompo International to date and I have every confidence in his ability to lead the expanded organization as we develop a unified platform for all commercial and retail business outside of Japan.”

“I look forward to working with him in his new role. Also, we now will have the opportunity to make a greater impact on Sompo Holdings’ future success as members of the Global ExCo, a singular arrangement among the major Japanese insurers.”

Frudd added, “I am extremely optimistic at the prospects for Sompo International to grow on the very strong foundation that we have built to date. We have a highly experienced and capable leadership team who will continue to build our global presence and deliver exceptional value to our clients, business partners, shareholders and employees.”

“We now have several very talented leaders with extensive experience and skills in the retail business joining Sompo International and they will drive profitable growth as we integrate Sompo Holdings’ overseas businesses. I am pleased to be appointed to the new Global ExCo with John as it further strengthens the relationship between Sompo International and Sompo Holdings and provides a platform for proactive global co-operation.”

“I look forward to leading Sompo International and contributing to the overall vision and success of Sompo Holdings in this particularly challenging global business environment.”