Not a true hard market, but there’s more to come: Aspen’s Christian Dunleavy

Despite improvements, it’s still not a true hard market and the reinsurance arena is likely lagging the primary space and needs to push for more rate adequacy, according to Christian Dunleavy of Aspen Insurance Holdings Limited. 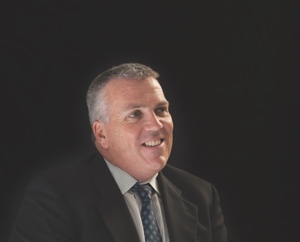 After a prolonged period of softening, exacerbated by the lower for longer interest rate environment, reinsurance market conditions started to trend more favourably for sellers on the back of some costly catastrophe years, the more recent impacts of the pandemic, and a general need to improve margins.

But despite some notable improvements across the sector, it’s still not what Dunleavy would describe as a “truly hard market.”

According to Dunleavy, the reinsurance market is still somewhat priced for perfection and likely requires a light catastrophe year to service its cost of capital, and that’s not sustainable over time.

“The headlines tend to be focusing on plus five, plus 10, minus five, when the truth is that’s probably not the most important measure. Trading reinsurance prices is probably not the way to think about it, you have to think much longer-term and focus on adequacy over necessary change at times,” said Dunleavy.

With interest rates remaining dangerously low, insurers and reinsurers have, in more recent times, been less able to bolster weak underwriting returns with their investments, which in turn has contributed to a heightened focus on underwriting and greater discipline.

Of course, the longevity of both positive rate momentum and underwriting discipline remains to be seen, but Dunleavy feels that the pressures of recent years will be fresh in the minds of market participants.

“I think there’s a fair amount of scar tissue on underwriters right now, and management teams. The returns have not been good for a number of years. Underwriters and management, we’re human and we’re psychological beasts as much as anyone else, right. And I think that kind of psyche is important.

“And my sense is that we’ve all been through a sustained period of pretty lacklustre results for the industry in the last, three, four, five years. And this market change has not been driven by a supply / demand imbalance, it’s been driven by more fundamentals and a focus on trying to get to a better return,” he explained.

While it’s probably taken longer to get to this point than many expected, owing to COVID-19 and some of the cat activity, Dunleavy stressed that resolve remains and continues to move the market towards a better pricing place.

“We’re pretty optimistic. We think there’s another couple years of good pricing and potentially improved pricing in certain areas, because the results just haven’t been there.

“But you balance that out with trying to be a long-term, stable reinsurer for your clients. So there’s a balancing act, but I think ultimately the seesaw tilts very much in the direction of continued pricing improvements, I think, for another 12, 18-24 months, barring something that I don’t see on the horizon,” said Dunleavy.