The recent regulatory changes in China all points to a highly dynamic environment not just within the country’s boarders but also in Asia-Pacific and globally, according to JLT Re’s Asia Pacific Chief Executive Officer, Jeremy Fox. 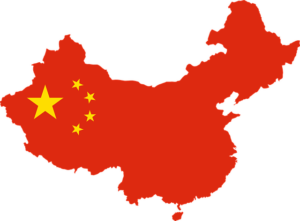 In a report examining some of the more impactful changes seen in China, JLT Re states that the establishment of the China Banking and Insurance Regulatory Commission (CBIRC) is a positive development that is particularly appropriate given the entrenched linkages between insurers, banks and other financial institutions..

“The CBIRC has implemented a number of key changes specific to the insurance sector in the last 12 months,” said Ernest Eng, Head of Analytics & Strategic Advisory Asia JLT Re.

“A drive for risk management, transparency, market discipline and overseas investments whilst simultaneously encouraging greater foreign direct investment (FDI) into China’s financial sector are all positives for the (re)insurance industry.”

JLT Re states that the conditions and challenges in the Chinese non-life sector are similar to those confronting global insurers: capital oversupply, competition from alternative capital, and regulatory pressure in the face of margin compression.

However the pace and magnitude of change in China is perhaps unlike anywhere else in the world.

The country’s insurance industry not only faces substantial regulatory change but also greater demand for product digitalisation and an increasingly influential technology sector that is emerging as a key supplier of capital and innovation.

All this, JLT Re says, is being compounded by an economic backdrop of slowing growth, debt deleveraging within state-owned enterprises and the uncertainties of a protracted and potentially acrimonious trade dispute with the United States.

“While the Chinese insurance industry is currently on course to meet the government’s target of 5% of GDP by 2020 profitable growth will not be shared evenly across the market,” added Eng.

“Gaps in performance and access to capital between large and small insurers is expected to widen between the top tier of insurers and the rest of the market. In short, the industry can expect to operate in an increasingly complex and highly dynamic environment in the near to medium term.”

“The industry should stabilise and benefit as the CBIRC adopts an increasingly transparent and more prescriptive approach to rule-making whilst, at the same time, fostering greater access to overseas capital and expertise,” concluded Fox.

“The opportunity that the China market could offer have been discussed for many years but it now feels like a number of positive developments that are critical for laying the foundations for a more mature and profitable market place are coming to fruition.”

Financial services firm AMP is exiting the life insurance sector with the sale of its AMP Life business to Resolution...