Ping An remains most valuable insurance brand at $26.2bn

The latest Brand Finance Insurance 100 report has revealed that Ping An has retained its title of world’s most valuable brand for the second consecutive year, with a current value of US $26.2 billion. 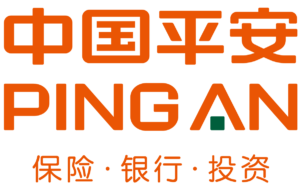 The Chinese insurance giant stole the title from Allianz last year and has maintained its position since then by growing its brand value by 60%, or $9.8 billion, and by reporting the highest profit in the industry, with new business up 32%.

“Ping An’s equity with customers also continues to grow, but the brand needs to remain attentive to other stakeholders’ perceptions too and stay alert to challenges from competitors.”

Ping An’s achievement comes amidst a huge surge in the value of Chinese insurers, which significantly outperformed the rest of the world this year with an average growth rate of 42%.

Chinese insurers CPIC and PICC were also the only two brands to break into the top 10 this year, with values of $8.7 billion and $7.2 billion placing them at sixth and ninth in the table, respectively.

Brand Finance attributes the rise in Chinese brand values to the more dynamic nature of Chinese markets, and to a decrease in perceived risk as businesses grow and gain stability.

Despite Ping An’s supremacy in terms of value, GEICO have superseded the Chinese insurer as strongest insurance brand. GEICO attained a 2018 Brand Strength Index (BSI) score of 84.8 out of 100, making them the only brand to achieve an AAA rating this year.

GEICO scored highly across multiple metrics and has shown an ability to balance consistent business growth and maintain high stakeholder equity despite a challenging year in terms of costly natural disasters.

Additionally, Brand Finance reports that European insurers Allianz and AXA also performed well across the board, with each gaining two grades to their ratings. Allianz is now rated AAA- and AXA AA+.

Allianz has also managed to retain second place in the brand value table after generating a 33% year-on-year gain, and reaching a total value of $20.2 billion. AXA ascended to fourth in the table after growing 41% to reach a value of $13.3 billion.

The final notable case highlighted in the report was the recovery of MetLife, the most valuable insurance brand in the U.S. After losing value last year, the brand rebounded 23% and ascended from ninth to seventh place in the table with a total value of $8.1 billion.

MetLife’s success is likely a result of rebranding their retail business as Brighthouse Financial last year, although the brand’s total value remains slightly below their highest ever, which was recorded in 2014.

ArgoGlobal, a division of Argo Group, has announced the appointment of Veronica Grigg as senior executive officer for ArgoGlobal Asia, set...