Flood Re Chief Executive Officer (CEO) Andy Bord has said that the UK “must take flood-risk more seriously,” and stressed the urgency of building a more flood resilient country. 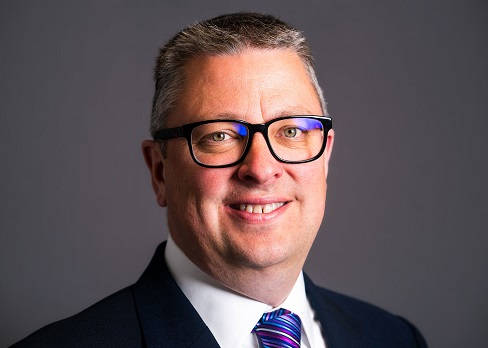 In a recent interview with Reinsurance News, Bord discussed how Flood Re is working with the government to address the challenges facing the UK flood insurance market.

“As Flood Re is scheduled to wind down by 2039, it is vital that we start to ready both the market and properties across the UK so they can begin to tackle the impact of potential flooding in the future,” Bord said.

The UK Government recently announced a £5.2 billion investment to create around 2,000 new flood and coastal defences, with the aim of better protecting 336,000 properties in England by 2027.

Bord welcomed the plans as a “necessary step towards building flood resilience and mitigating the impact of climate change.”

But he added that more still needs to be done to raise awareness of the Flood Re scheme, and to help encourage the uptake of affordable flood insurance.

“A funding settlement that spans a decade rather than a parliament, as well as commitments to discourage building in flood risk areas, will go a long way to providing protection and peace of mind to communities in high-risk areas.”

Set up in 2013, Flood Re is a government-backed reinsurance scheme that aims to make flood cover more widely available and affordable across the UK.

As part of its regular Quinquennial Review (QQR) last year, Flood Re proposed to support and accelerate the adoption of resilience measures in homes at risk of flooding through a ‘Build Back Better’ initiative.

Through this proposal, Flood Re would be permitted to pay claims that include an additional amount for resilient or resistant repair, above and beyond the original damage.

The reinsurer also wants to offer lower premiums on policies where property level flood resilience (PFR) measures have been installed.

“Allowing Flood Re to evolve through this package of proposals will help incentivise the take-up of PFR measures by householders, and by doing so support the insurance industry, encourage the growth of the resilience products sector and reduce the costs and disruption of future flooding when it occurs,” Bord explained.

“Our QQR proposals will not only make our transition out of the market possible, but it is a stepping stone to building a more resilient housing stock across the UK and we will be ready to deliver our proposals as soon as we are given a green light from Government.”

Back in April, the Government announced it would conduct a review to identify why many of those affected by flooding in November 2019 did not have sufficient insurance coverage in place.

Bord believes the review will provide valuable insight into what the main barriers are to UK homeowners obtaining insurance, and acknowledged that it could be either a behavioural or an economic issue.

“Awareness is difficult to quantify,” he said. “Of course, the more flood events a country has then the more aware the general population will be – both the events of last winter and the flooding we have seen in recent weeks will be testament to that.”

Independent research by Consumer Intelligence shows that nearly all (98%) householders whose property has flood previously are able to receive quotes from five or more insurers – compared to 0% before the introduction of the Flood Re scheme.

This competitive market has led to four out of five (79%) householders with previous claims being able to find quotes that are more than 50% cheaper than prior to April 2016.

“I would like to see an improvement in the level of information available to householders and communities across the UK,” Bord continued. “Helping householders understand what action needs to be taken … can act as a catalyst for the uptake of PFR and help improve property resilience.”

But with the looming threat of climate change, efforts to increase flood resilience in the UK will likely have to go even further to ensure that the re/insurance market can deal with rising flood risk.

According to the latest UK climate projections, by 2070 the country can expect increases in extreme hourly rainfall intensity by 25% and rising sea levels, which can both lead to worse flooding.

While 2070 is beyond the expected 25-year lifespan of Flood Re, the number of households exposed to high risk flooding will likely grow by around 30% by the time Flood Re exits the market in 2039.

“Further climate change impacts are inevitable – even if the UK meets its target of net zero emissions by 2050,” Bord said.

“We would like to see policy interventions to ensure significant, widespread and relatively rapid increase in the installation of PFR include piloting Flood Performance Certificates to educate householders on their own flood risk; or, extending the Green Homes Grant to include property flood resilience measures.”

Growing climate risk amplifies the importance of Flood Re’s ‘Build Back Better’ proposals, but there is also now a wider context to this message given the unique challenges that 2020 has presented.

“Everybody is looking to see what the COVID-19 recovery plan will look like and there is a critical need for this plan to build back better in all sectors,” Bord told Reinsurance News.

“This includes developing a recovery plan that creates sustainable and resilient foundations for the future, accelerates the take-up of PFR, and ensures that for those at risk of flooding, there is investment in the building and maintenance of flood defences.”

Data and analytics company GlobalData has recommended that insurers should increasingly focus on larger small and medium-sized enterprises (SMEs) following...