It is an “exciting time” in the life and annuity market as the challenges posed by the COVID-19 pandemic and prolonged low interest environment have created new opportunities for reinsurance players such as Global Atlantic. 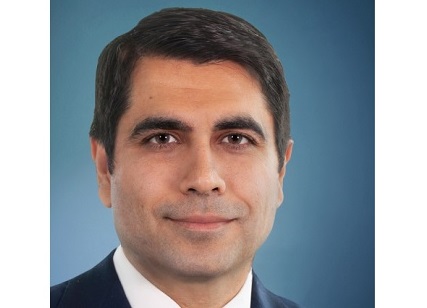 This is according to Manu Sareen, President for Institutional Markets at Global Atlantic and CEO of Global Atlantic Re, who recently spoke to Reinsurance News about his company’s prospects in the current financial climate.

Sareen explained that Global Atlantic has not faced the same level of mortality exposure as some of the other larger reinsurers during the pandemic, which has allowed it to be on the “front foot” when it comes to providing new reinsurance solutions.

And this has proved fortunate, as many clients in the life space have been emboldened to seek additional protections from the COVID crisis, prompting a surge in demand for reinsurance as a tool for balance sheet optimization.

“Many insurers had exposure to mortality and markets, and they decided now is the time to start raising capital by doing reinsurance, because they can further strengthen their balance sheet, which may have gotten impacted by the pandemic,” Sareen told Reinsurance News.

Carriers were also keen to use the capital freed up from these types of reinsurance transactions to invest in other areas of opportunity, or to buy back stock while share prices were low.

Given Global Atlantic’s experience on the investment management side, this has allowed the company to pick up blocks of business that may be considered too volatile by some of its clients.

“For us, that’s an opportunity to put capital to work at what we think are attractive returns,” Sareen noted. “But it also provides a really good service to our clients, who are now able to take that capital that they’ve freed up and allocate it to other parts of the business, which are less market sensitive.”

“Alternatively, they may try to buy back stock if they don’t feel that they have other areas to invest in. So it gives them a lot of flexibility. But ultimately, they want to strengthen their balance sheet. And this is a trend that we’re seeing emerge that was going on prior to the pandemic. Since the pandemic it has emerged even stronger.”

“And that’s what makes me excited about the industry,” Sareen continued. “Initially, there was very slow momentum towards doing a lot of these kinds of transactions where insurers would re-optimize their balance sheet. But now it has turned into a torrent, because a lot of people have seen those early movers do really well, and their equity market investors have rewarded them. So now they want to do the same thing. So we’re seeing the market becoming very robust for those kinds of products, which is what we specialize in.”

Global Atlantic’s ability to put capital to use in the wake of the pandemic has also been enhanced by its recent acquisition by global investment firm KKR, which completed its purchase of the re/insurer in February 2021 for $4.4 billion.

Following the transaction, Global Atlantic has for the most part retained its strategy, management team and governance structure, Sareen remarked, but now has considerably more financial leverage available when needed.

And adding further to this capability is Global Atlantic’s retrocession program, which saw the company raise $1.0 billion through its Ivy 1.0 alternative capital vehicle last year.

“Going into the pandemic, we had an additional $1 billion in excess capital to deploy that we were very fortunate to have as we came out of that initial period,” Sareen told Reinsurance News. “There has been a rush of companies that have come to the market since then, and we were able to be there for our clients and provide them the capital that was needed for these reinsurance deals, because we had closed Ivy 1.0.”

“And as companies emerged from the pandemic and realized that they want to do more of these deals, we’ve realized that we will need more of this alternative capital to take advantage of the opportunity that’s out there,” he concluded. “And we think the market for that is pretty robust.”