FedNat has announced a net loss of $24.8 million in the third quarter, a further slide from the $20.7 million loss posted in the prior year period. 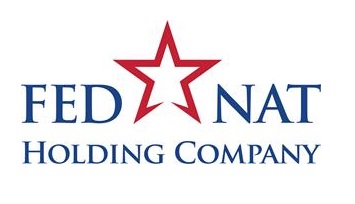 Concurrent to it’s quarterly results, FedNat has announced an intention to refocus operations on the Florida market, the company’s historical focus since its founding in 1992.

In conjunction with this decision, FedNat has elected to commence an orderly runoff of the insurance operations of Maison Insurance Company.

Maison expects to begin non-renewing its Louisiana policies on their anniversary dates beginning in January 2022 and its Texas policies beginning in February 2022. The nonrenewal of Maison’s Florida policies is expected to begin in June 2022.

The firm’s net loss ratio decreased 7.9%, to 110.6% in the current quarter, down from 118.5% in the third and driven primarily by lower net catastrophe losses.

The current quarter included approximately $20.3 million of catastrophe losses, net of reinsurance, driven by Hurricane Ida as well as other severe weather events, which together impacted Louisiana, Florida and Texas.

By comparison, the third quarter of 2020 catastrophe net losses were $38.3 million, net of reinsurance, and included Hurricanes Laura and Sally as well as other severe weather events.

Loss before income taxes decreased 26.1% to $24.8 million as compared to $33.5 million.
$20.0 million or $1.15 per diluted share of claims, net of reinsurance recoveries and fee income, driven by Hurricane Ida, as well as other severe weather events, primarily impacting Louisiana, Florida and Texas.

“At the same time, the profitability of our Florida homeowners business continued to improve as a result of ongoing rate increases and underwriting actions we have taken to reduce our policy count and insured exposure.

“Over the past five years, our exposure management efforts have reduced our Florida book by over a third from 272,000 policies-in-force in 2017 to 168,000 at the end of the third quarter of 2021, yet our in-force premiums remained fairly stable at approximately $430 million due to multiple rounds of rate increases.

“The benefits of these underwriting actions and rate increases are clearly evident in our Florida homeowners attritional loss ratio, which declined to 39% in the third quarter of 2021 as compared to 44% a year ago.”