After battering Louisiana as a Category 4 hurricane, storm Ida has caused severe flooding in New York and New Jersey which could add to the insurance and reinsurance industry loss, although this is still expected to remain under $25 billion, say analysts at Keefe, Bruyette & Woods (KBW). 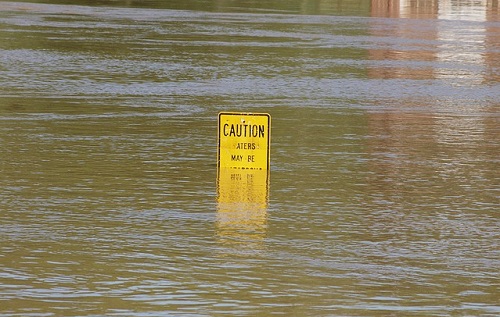 After making two landfalls, the first on August 27th near La Columba, Cuba and then again on August 29th near Port Fourchon, Louisiana, as a Category 4 hurricane with maximum sustained winds of 150mph, Ida has dumped record levels of rain on parts of New York and New Jersey.

The rainfall and subsequent flooding has so far claimed the lives of at least 14 people and has resulted in the governors of both states declaring a state of emergency.

The arrival of storm Ida saw the National Weather Service issue a flash flood emergency in New York City for the first time as subway lines became submerged, vehicles were swept away, and flights were grounded.

The National Weather Service said that the storm produced “extreme rain rates” of up to 3 inches per hour along the Philadelphia to New York corridor.

Currently, re/insured loss estimates for the impacts of Ida in Louisiana and surrounding areas are between $15 billion to $25 billion, but the severity of the flooding in New York and New Jersey threatens to lift this total.

KBW analysts note that most homeowners policies exclude flood, while most auto and commercial property policies do protect against the peril.

“Hurricane Ida’s significant flooding in New York and New Jersey could add to its total (re)insured losses, although at this point, we (unscientifically) expect losses to remain below the $25 billion upper bound of modeled Ida loss estimates we’ve seen so far,” say analysts.

As we wrote recently, cat risk modeller CoreLogic estimates an overall loss from Ida of between $27 billion and $40 billion for damages to residential and commercial properties in Louisiana, Mississippi, and Alabama, of which up to $21 billion could be covered by re/insurance protection.

Yesterday, Karen Clark & Company (KCC) said that the re/insured loss from the event would be close to $18 billion for impacts in the Caribbean and the U.S., although this excludes losses related to boats, offshore properties, or NFIP losses.

The US Federal Emergency Management Agency (FEMA) procures reinsurance for its National Flood Insurance Program (NFIP) from both traditional reinsurers and the capital markets through catastrophe bond transactions.

It’s impossible to estimate the potential NFIP insured loss from hurricane Ida, but the track of the slow-moving storm has clearly caused some significant flooding in US north east states.

The reinsurance protection attaches at $4 billion of losses, with the cat bonds sitting higher up in FEMA’s NFIP reinsurance tower. So, the traditional reinsurance layer would be the first to be hit by any losses from Ida.

It remains to be seen if the gross loss for the NFIP is high enough to trigger its traditional reinsurance protection or cat bonds, but there is a possibility it’s exposed as all of the NFIP’s flood losses would count towards the attachment.