How to secure your re/insurance future (with software) 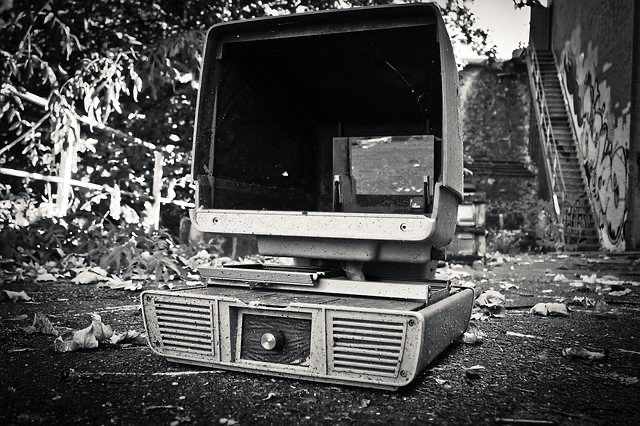 When I first started working in the reinsurance industry in 1999 I was fortunate enough to work with RenRe, one of the leaders of the reinsurance class of ’93. Of the 8 companies formed at that time, only RenRe and PartnerRe are still independent entities today, the rest were bought out or merged with their competitors.

Is such a high attrition normal and what can be done to remain strong in years to come?

According to a study from Credit Suisse the average life span of a company in the S&P 500 has shrunk from over 60 years in the 50’s to less than 20 years in 2015 and this pace is showing no sign of slowing down. A growing body of research concludes this drastic reduction is caused by disruptive technology. It is expected that by the mid 2020’s a company will be lucky to survive to its teens.

But is the reinsurance industry similarly affected?

I would argue that no company, regardless of its industry, is immune from the effects of technological disruption. The risks existing companies face may be once or twice removed from the technological front line, but just because they are derivative does not make them less volatile or disruptive.

One source of long-term disruption is the changing nature of the underlying risk being insured. For example, the auto-insurance industry has become commoditized with large companies and aggregators providing instant quotes to whoever applies.

But is the industry prepared to be turned on its ear by the advent of full self-driving (FSD) technology?

When computers drive our cars for us, will we even need our own car? When accidents fall dramatically as a result, what impact will that have on profitability of insurance providers and how much less reinsurance will they require?

Automation is another source of short-term disruption the industry must acknowledge.

Solutions that involve throwing a lot of people at a task are being deprecated in favor of process automation that can better scale in volume and responsiveness. The challenge is that such advances are better made by companies without a mature IT application environment.

Far easier to buy the latest tool that auto-imports and processes insurance applications than upgrade an existing system first conceived by the founder of the company on the back of a napkin 20 years ago.

In order to adapt to long-term disruption, companies must maintain semi-autonomous groups charged with identifying trends and finding ways to monetize them, even if that means cannibalizing the parent company’s business.

Clayton Christensen covered this process in fascinating detail in his influential work, “The innovator’s dilemma” first published in 1997.

ILS is a great example of reinsurance disruption that continues to affect profitability in the industry today.

Adapting to risk posed by automation is equally challenging but possible with the right approach. It is important to recognize that the ability to adopt new technology generally decreases as an organization matures. This is because internal systems that start life as separate entities slowly grow together over time until they become monolithic and inseparable.

This merger results in increasingly fragile and complex environments that demand greater resources to upgrade or modify.

Eventually the inability to achieve business objectives in a reasonable time frame and cost forces painful rewrites and wholesale system replacement – often taking years to accomplish. Meanwhile newcomers to the industry with bold ideas and clean IT slates face none of these problems.

This is why we recommend staying away from monolithic applications that handle “everything”.

They tend to be expensive, don’t play well with others and are slow to change. Instead, companies should maintain their technological parity by purchasing best-of-breed software that addresses specific needs and can be easily automated.

Special care must then be taken to prevent these systems from growing too closely attached or risk creating the same monolith mentioned earlier.

The trick is to glue them together with custom code to function as a whole, but not so much they can never be separated again in future – something we at Treefrog have been doing for many years.

There is no doubt that companies in general and those in the (re)insurance industry specifically are facing accelerating challenges driven by technological innovation.

The good news is that a short-lived outcome is not pre-ordained.

We have only to look at some of the industry veterans that are still here today to see examples of success. Those organizations continue to prosper because they have stayed nimble and kept themselves open to opportunity. We would all do well to learn from their example.

This article was contributed by Dmitry Mnushkin, President of Bermuda-based insurance and reinsurance software specialists Treefrog Consulting, a supporter of Reinsurance News.

To contract Dmitry and his team: