Catastrophe risk modeller Karen Clark & Company (KCC) has estimated that insured losses from Tropical Storm Grace will be $300 million in Mexico and $30 million in the Caribbean, for a total of $330 million. 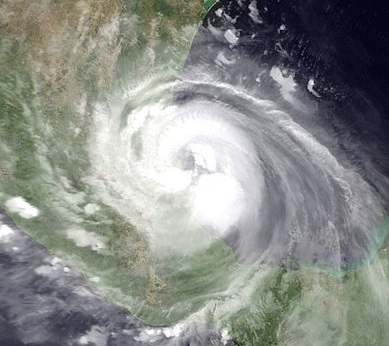 This estimate includes the privately insured damage to residential, commercial, and industrial properties.

Heavy rainfall also produced scattered floods in the Dominican Republic, Jamaica and Haiti, which is still recovering from a Magnitude 7.2 earthquake that occurred a few days before Grace made landfall.

Turning to Mexico, Grace made two subsequent landfalls, first near Tulum with 80mph winds on August 19th and then near Tecolutla with winds of 125mph on August 21st.

On the second landfall in Central Mexico, KCC notes that buildings proved more vulnerable to wind impacts, given that this region has historically experienced fewer hurricanes.

Category 3 wind speeds resulted in extensive damage near the coast of the Yucatan Peninsula, and frequent damage to envelope openings, roof covering and decking, and siding was observed. Throughout the affected region, trees and utility poles were also damaged.

In addition to high winds, Grace brought heavy rain that saturated soils and overwhelmed drainage networks, impacting in particular the states of Hidalgo, Puebla, and Veracruz.

KCC reports that surface and riverine flooding washed out roadways and inundated residential and commercial businesses throughout the affected region, while landslides also contributed to infrastructure disruption, making roadways impassable, and caused damage to some residential buildings.