Moody’s has assigned a negative outlook for the French insurance sector in 2020, reflecting growing pressures on the P&C insurers’ profitability due to low interest rates. 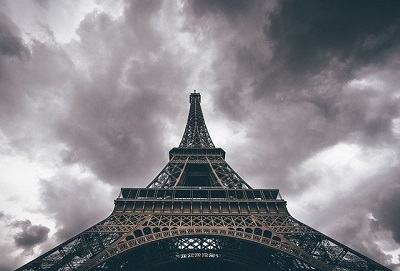 The outlook for the French insurance market was changed to negative in November, when Moody’s updated its outlook on the European insurance sector.

The rating agency noted that P&C insurers’ reliance on investment returns is greater in France than in all other major European markets, with the exception of the Netherlands, because underwriting profit is weaker.

P&C insurers’ assets have a typical duration of two to five years, and the sector reinvests 10%-35% of its investment portfolio every year.

“A sharp fall in interest rates in 2019 will reduce French P&C insurers’ investment returns, which account for a significant share of their profits, and moderate price increases will barely offset claims inflation,” said Benjamin Serra, a Moody’s Senior Vice President.

As a result of a sharp fall in interest rates during the first nine months of 2019, the industry has invested new money or reinvested expiring assets at rates below the current investment yield, which will weigh on next year’s investment returns.

In contrast, French life insurers have been attempting to move away from guaranteed products in favour of unit-linked products, which leave investment risk with the policyholder, since 2012.

However, the share of unit-linked sales has plateaued at just below 30% of premiums in 2017 and 2018, before declining in 2019, which Moody’s believes to reflect policyholders’ risk aversion amid rising financial market volatility.

Customers continued preference for guaranteed returns, along with growing uncertainty in the global macroeconomic environment, is likely to make it more difficult for insurers to sell unit-linked products in 2020, the firm claims.

Moody’s also highlighted challenges in the health and protection segments, which continue to be very competitive.

Profitability of the long-term protection business is also affected by low interest rates, while the health segment remains under the government scrutiny.

Malaysian Re & Pacific Life Re partner to provide retakaful solutions

Malaysian Reinsurance Berhad (Malaysian Re) and the Singapore branch of Pacific Life Re Limited have signed a Memorandum of Understanding...