As part of the UN Secretary General’s Climate Summit, a collaborative initiative between the re/insurance and finance sectors, governments, and environment organisations is being launched to build resilience to ocean risk in vulnerable areas. 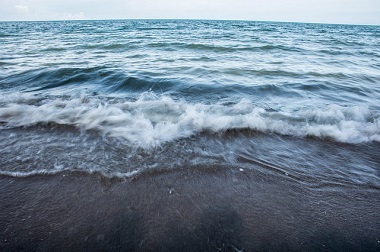 The newly formed Ocean Risk and Resilience Action Alliance (ORRAA) will aim to support resilience in the communities and regions most affected by changes to the ocean.

It plans to pioneer new finance and insurance products that can unlock investment in coastal resilience, accelerate research, and inform policy, governance and public understanding.

“Ocean changes have widespread implications for the lives and livelihoods of billions of people,” said Denis Duverne, Chairman of the Board of Directors of AXA.

“Protecting and regenerating coastal natural capital is critical, and the finance and insurance industries have a key role to play in reducing the exposure and vulnerability of coastal communities and ecosystems,” he explained.

“From micro-insurance products for loans incentivising sustainable fishing to a Blue Carbon Resilience Credit giving a carbon and resilience value to mangroves, ORRAA’s outputs will be designed to be replicated across regions exposed to the impacts of ocean changes.”

In addition to AXA, ORRAA’s founding members include Ocean Unite, the Global Resilience Partnership, and the Government of Canada, which will provide CAD $2 million (USD $1.5 million) to help build out the Alliance.

Karen Sack, President and CEO of Ocean Unite, also commented: “The ocean is vital for supporting life on our planet, and ecosystems such as reefs, mangroves, seagrass beds, and saltmarshes play a critical role in coastal protection and local economies.”

She continued: “By bringing sectors together and significantly increasing investment in our natural capital, we can regenerate and revitalise nature to the benefit of ecosystems and society for generations to come.”

Finally, Deon Nel, CEO of the Global Resilience Partnership, stated: “The Alliance provides a powerful opportunity for a diverse and influential set of stakeholders to join forces in developing innovative solutions to ocean risk whilst also helping to close the protection gap in emerging economies.”

“The Alliance brings together the knowledge, innovation and political will to realise a truly transformative, global response to ocean risk,” he added.

Guernsey has reported a large rise in captive insurance inquiries over the second half of 2019, following a notable dip...