JLT Re, the reinsurance arm of global brokerage JLT Group, said recently that the January reinsurance renewals defied early expectations of post-loss firming. According to JLT Re, pricing was broadly stable across reinsurance markets at the key January 1st 2019 renewals. 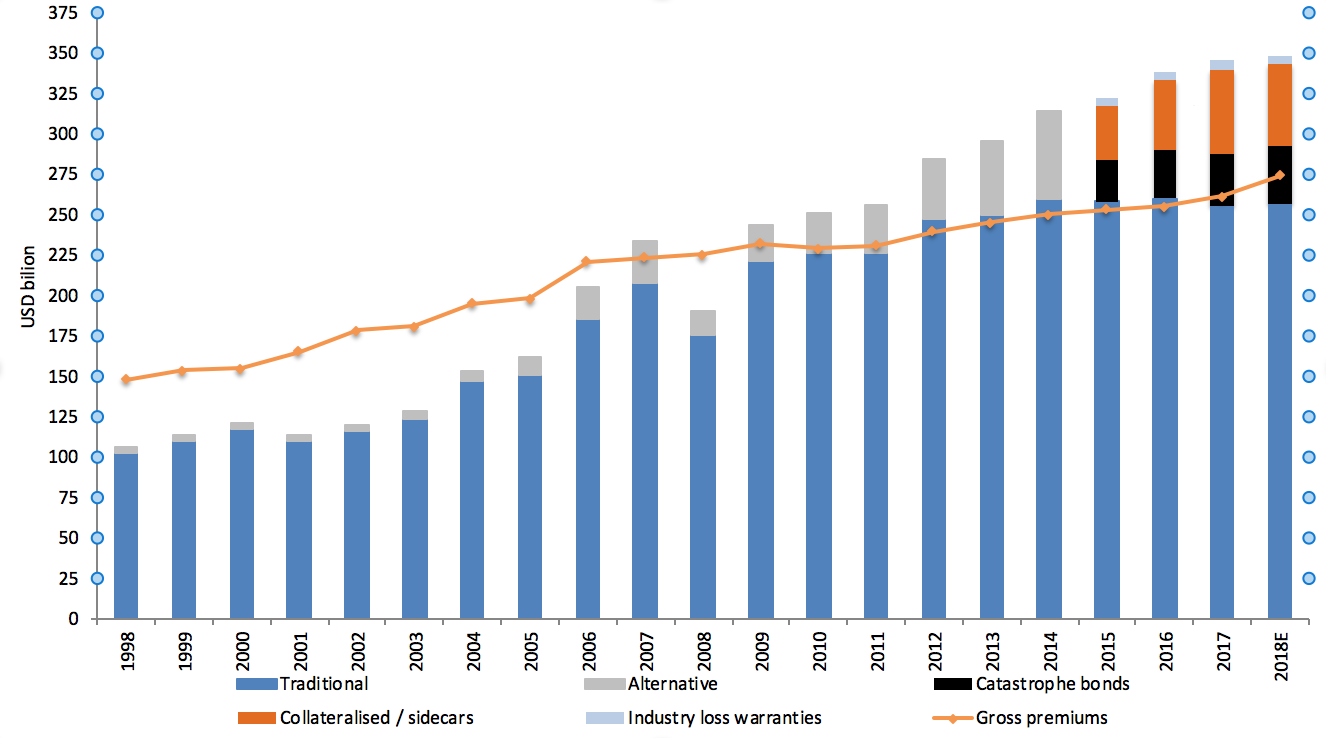 As shown by the above chart, provided by JLT Re, the volume of traditional capital increased by $2 billion in 2018, reaching an estimated $257 billion. At the same time, alternative reinsurance capital levels remained flat at $91 billion, which is the first time ILS growth has abated since the 2008 financial crisis.

The broker says that this is consistent with the tightening witnessed in the retro market with some investors in the space pulling back due to disappointing returns throughout the year, alongside loss creep from Irma and the catastrophe events of 2018.

Overall, JLT Re estimates that global, dedicated reinsurance capital reached $348 billion in 2018, which is up 0.6% from the $346 billion reported a year earlier.

Demand was also up for reinsurance protection in 2018, with JLT Re reporting estimated gross premiums of $274 billion, which is an increase of 5% when compared with 2017.

“A small portion of excess sector capital was nevertheless absorbed in 2018 by sizeable insured catastrophe losses in the second half of year, a reduction in third-party deployable capital, higher demand for reinsurance and a renewed focus on underwriting discipline, as shown, for example, by reduced stamp capacity and higher capital requirements at Lloyd’s.”

Chubb completes move to France ahead of Brexit

Chubb European Group has completed its planned move from London to France as part of its preparations for the UK’s...