Analysts at KBW have said they expect Hurricane Ian to represent a “very expensive earnings event” for the insurance and reinsurance companies it covers, rather than a capital event. 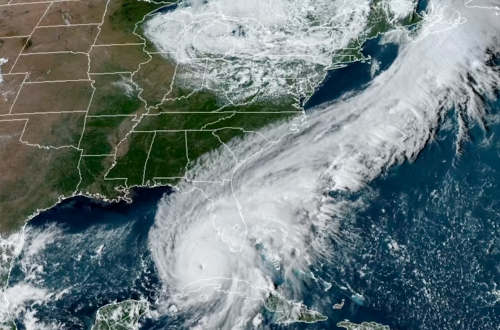 Hurricane Ian over the Gulf of Mexico at 4:26pm on September 27th. Source: NOAA via AP

Following new re/insurance industry loss estimates of $63 billion by KCC and $42-57 billion by Verisk, KBW has made put together tentative figures for the losses that individual re/insurers could be looking at, based on their market share in the areas impacted by Ian.

These figures are based on an assumed industry-wide loss of $50 billion, including $5 billion of personal and commercial auto physical damage losses, $5 billion of inland and ocean marine losses, and $40 billion of losses for all other catastrophe-exposed lines of business.

Using these assumptions, KBW believes that Berkshire Hathaway will face the highest level of losses from Hurricane Ian at $1.40 billion, representing 0.2% of the company’s $469.65 billion of common equity.

Companies that could see the biggest relative impact to their finances include RenaissanceRe, whose $500 million loss – as calculated by KBW – would represent a huge 9.0% of its common equity.

KBW did stipulate that its estimates are only preliminary figures based on the information available at this time, and will almost certainly change as the view of losses and exposure from Hurricane Ian develops.

“We have almost certainly gotten some things wrong, and we expect (potentially significant) updates as more information becomes available.”